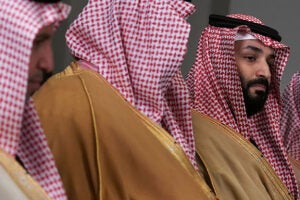 Indie cinemas, music venues and museums have waited two months and counting for the Small Business Administration to start sending out grants

Lobbyists for the entertainment industry cheered a $15 billion bailout for music venues and other independent entertainment outlets closed by the pandemic, which Congress passed in late December and President Trump signed into law in January. But relief has turned to frustration, as not a single penny from the Save Our Stages Act has been sent out yet.

“We honestly don’t know how much longer we’re going to have to wait,” said Audrey Schaefer of the National Independent Venue Association (NIVA), a group created during the pandemic to lobby for federal aid. “Thousands of live venues need the money fast, and for many others it’s now too late.”

The Small Business Association (SBA), which was charged with disbursing funds to independent cinemas, performing arts groups, music venues, museums and theatrical producers, has not even opened the application process for receiving grants. Only last week, the SBA issued guidelines on what information applicants will need to provide.

And for many venue owners, it’s already too late. NIVA does not have a hard number, but it estimates that several hundred music venues have been forced to close for good in the two months since the economic aid package was passed. Unless the grants come in soon, Schaefer predicts that the rate of bankruptcies will only escalate as more venues run out of time and money.

“We started an emergency relief fund while lobbying for the Save Our Stages Act and have raised about $3 million through which we have provided grants for about 150 venues, but the need has far outstripped what we could ever provide,” Schaefer said. “The total requests for grants through our own fund would have required around $14 million for us to help everyone who applied.”

The law’s Shuttered Venue Operators (SVO) grant program is meant to allow entertainment venues to seek federal aid for up to 45% of a venue’s 2019 revenue or $10 million, whichever is lower. Priority in the first two weeks of the application period would go to businesses with a year-over-year revenue loss of over 90% before expanding in the following two weeks to businesses with a revenue loss of 70% or greater.

Insiders with knowledge of the implementation process tell TheWrap that there are two major issues holding up the grant application process from opening. The first is the sheer scale of the program, which requires the creation of both federal regulations to oversee distribution of the $15 billion in grants and software and other processing systems to sort through applications and send out grant payments. A spokesperson for the SBA says that it is building the SVO program “from the ground up and working expeditiously to ensure all the mechanisms required by law and the federal grant application/awarding process, as well as front-end protections, are in place to ensure these vital grants are delivered to those the law intended to assist.”

Compounding the problem is the presidential transition period since the SBA does not yet have a new administrator under President Biden to oversee the grant system. Biden’s nominee for the position, Isabel Guzman, was approved by the Senate Small Business Committee last week by a 15-5 vote. Guzman’s appointment now goes to a final floor vote in the Senate, but it is unclear when exactly that vote will be held, as only seven of Biden’s 23 cabinet nominees have been confirmed so far.

Lobbyists for venue owners are holding on to hope that grants can start being distributed sometime in March, which would be a great relief to cinema owners like Christian Meoli, owner of Arena Cinelounge in Hollywood. The indie cinema has held classic film screenings on Sunset Boulevard and at the Ricardo Montalban Theatre for the past decade, but the pandemic has put the company on the ropes.

Until January, Meoli said Cinelounge only received some meager income by selling its custom popcorn to customers online and to drive-in theaters that are still open. Recently, the chain opened a drive-in theater at its original location next to the Egyptian Theater on Hollywood Boulevard, screening major Oscar contenders like “Nomadland” and “Judas and the Black Messiah.” The drive-in has produced some of the company’s highest ever revenue, but that has been offset by operating costs that are five times higher than what they would face for normal business.

“We’ve managed to make something good out of this difficult situation by building stronger relationships with distributors like Warner Bros., but really we’re just taking it one week — sometimes one film — at a time,” Meoli said. “Right now we’re focused on ‘Judas,’ and I’m trying to book ‘Godzilla vs. Kong’ right now, but we’re just going with the flow.”

Also Read: Did Paramount Just Put a Nail in the 90-Day Theatrical Window? 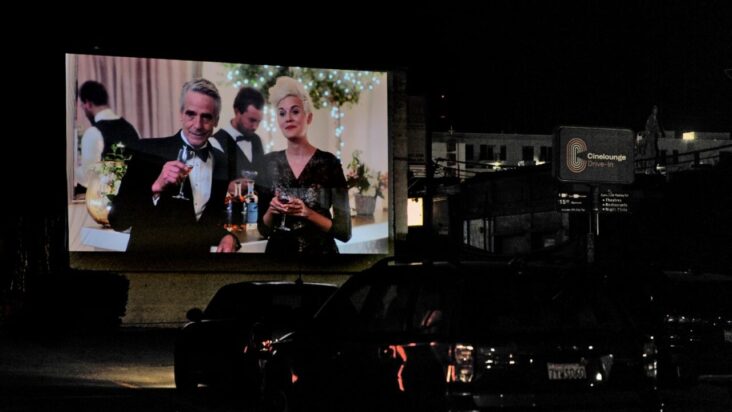 But as difficult as the situation is for independent cinemas, it’s even worse for music venues. Schaefer noted that concert halls cannot turn a profit with any sort of capacity limit. And unlike cinemas, where studios can play films wherever theaters happen to be open, musicians count on a nationwide network of music venues to book regional or nationwide tours. While the movie theater industry will be able to begin the long rebuilding process on a state-by-state basis, concerts can’t resume until the majority of states reopen, which won’t come for the live industry until the very end of the pandemic.

“We have said often that music venues were the first to close and will be the last to reopen…if we’re lucky,” she said. “Most live venues that have tried to do some kind of outdoor reopening or a show with limited capacity haven’t even been able to break even. They’ve lost money. We’re relying on herd immunity to allow people to gather in a tightly filled place.”

A spokesman for Sen. John Cornyn (R-Texas), who cosponsored the legislation with  Sen. Amy Klobuchar (D-Minn.), said the senator has been in close contact with the SBA and with potential grant applicants in his state, holding a virtual public meeting with Houston’s SBA director that was attended by over 500 Texas venue operators. A Rep for Klobuchar did not respond to a request for comment.

But for many entertainment operators, the slow rollout of federal funds will come too late. “There’s still a high percentage of theaters that are just hanging on by their fingernails,” Meoli said. “But I still believe that the relationships we’ve built with filmmakers and studios and with the cinema community here in Hollywood is going to be what allows Cinelounge to survive as long as we can get that extra help from the SBA. I’m concerned that this wait for federal aid will go on for another two, three, four weeks, and I don’t know exactly how long we will be able to wait. But I’m a fighter and I’m going to make sure I do whatever I need to keep screening movies.”