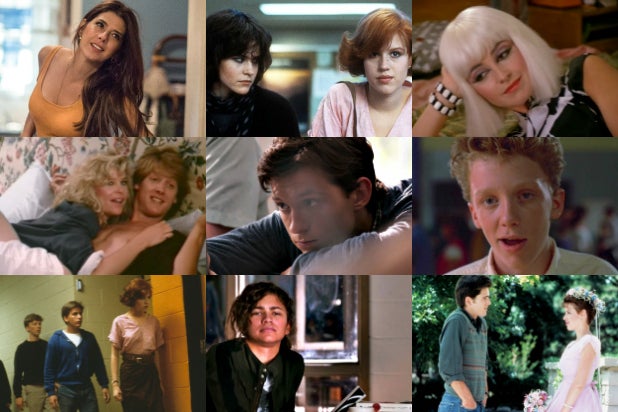 Sony/Universal/Paramount
It's no secret that "Spider-Man: Homecoming" intentionally harkens back to John Hughes' iconic teen movies of the 1980s, including "The Breakfast Club" and "Sixteen Candles." The comic book movie, in theaters now, even directly references the writer-director's famed ditch-day comedy "Ferris Bueller's Day Off" in one sequence. What's more, Spidey director Jon Watts instructed his cast of young actors, including star Tom Holland, to watch the aforementioned Hughes films, with the addition of "Pretty in Pink." Click through for 15 moments in "Spider-Man: Homecoming" that reminded us of Hughes' indelible '80s movies. Warning: Spoilers ensue! 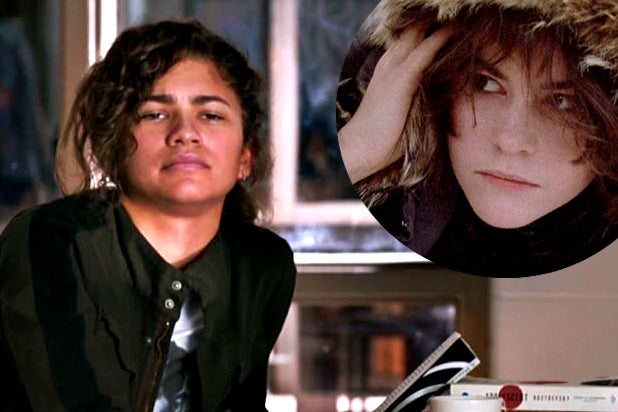 Sony/Universal
Zendaya is Allie Sheedy circa 1985's "The Breakfast Club." Both actresses play cheerless students who go to detention simply because they want to (not because they were punished). 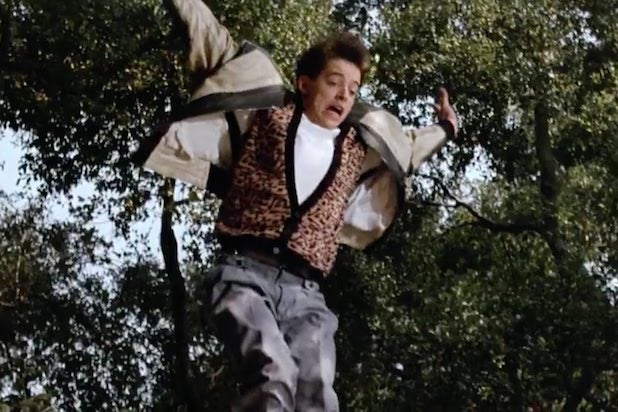 Paramount Pictures
Remember that desperate race home by Ferris Bueller (Matthew Broderick) that involved backyard fences and momentary home invasions? Well it gets a modern update in "Homecoming," as Spidey traverses a quiet neighborhood during a hunt for baddies. 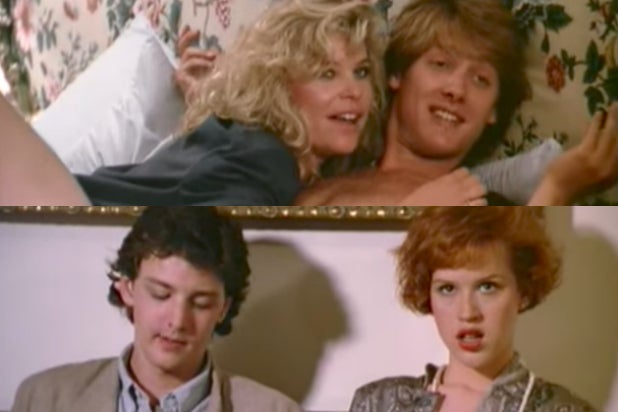 Paramount
As in 1986's "Pretty in Pink," starring Molly Ringwald, Andrew McCarthy and James Spader, there's a rich kid bully who the lead has to contend with at a house party... 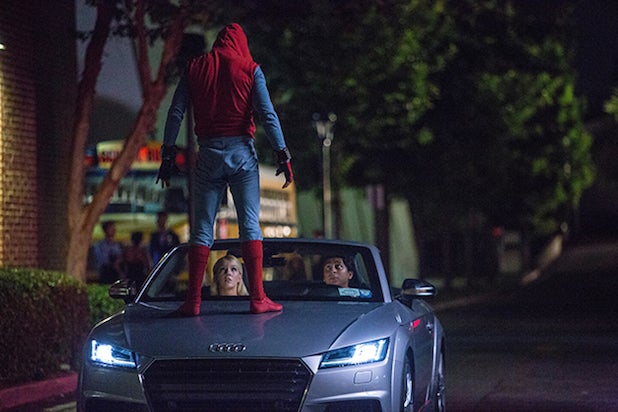 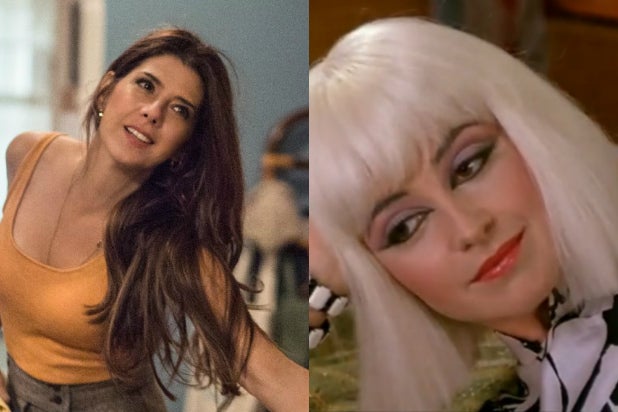 Sony/Paramount
Played by Oscar winner Marisa Tomei, Aunt Mae is pretty cool in this Spidey movie. She's so cool, in fact, she reminds us of another non-parent parental figure who appeared in "Pretty in Pink": The punker-turned-yacht rocker Iona, played by Annie Potts. Both mother figures use a hip approach to help guide Spidey and Andie (Molly Ringwald), respectively, in the right direction. 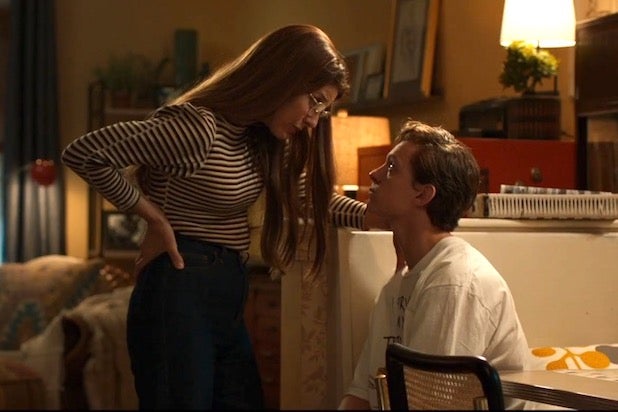 Sony
At one point Aunt Mae recalls some teenage memories in a heart-to-heart with Spidey -- and something tells us it totally happened in the '80s. 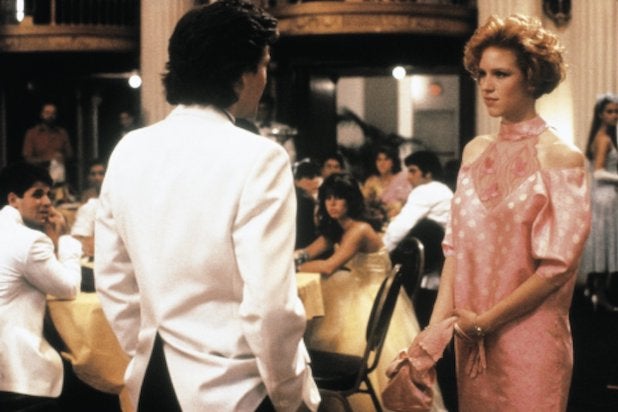 Paramount
It wouldn't be prom if someone's date didn't ditch them -- as happens in both "Pretty in Pink" and "Homecoming." 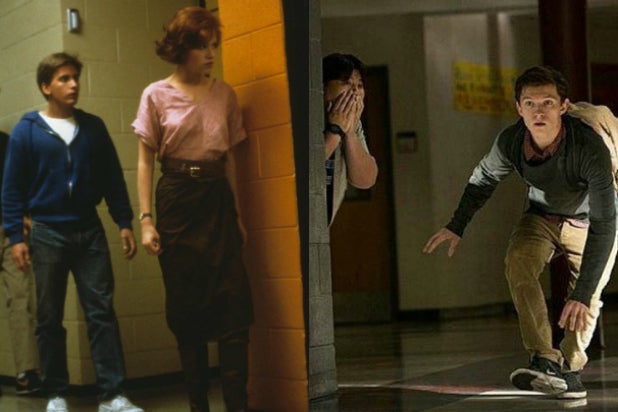 Universal/Sony
Incidentally, there's some great high school hallway hide-and-seek in both "Homecoming" and "The Breakfast Club." 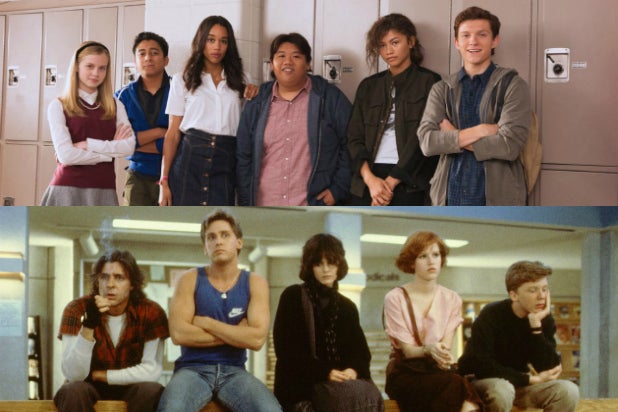 Sony/Universal
Yeah, we see the similarities. 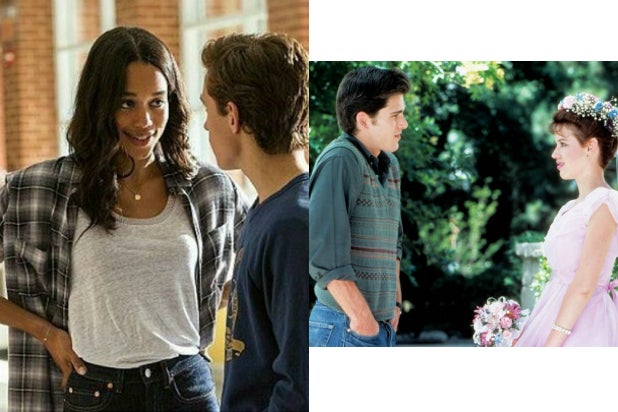 Sony/Universal
OK, stick with us on this one: When Spidey finally reveals his true feelings to Liz (Laura Harrier), it's filled with as much anticipation and anxiety as when Jake Ryan (Michael Schoeffling) finally comes around to courting Sam Baker (Molly Ringwald) in "Sixteen Candles." But in "Homecoming," the genders are swapped, making Spidey the damsel with hearts in his eyes. 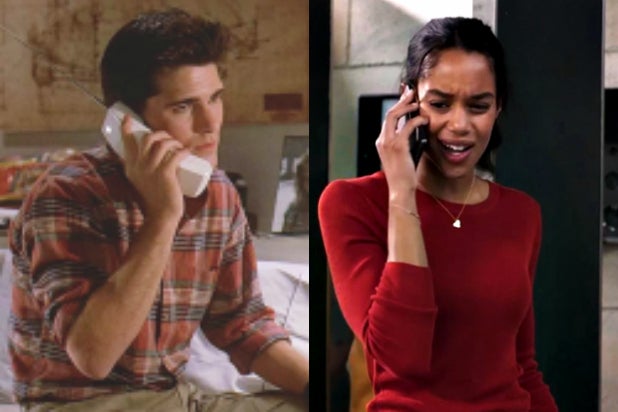 Universal/Sony
See what we mean? (Liz is Jake.) 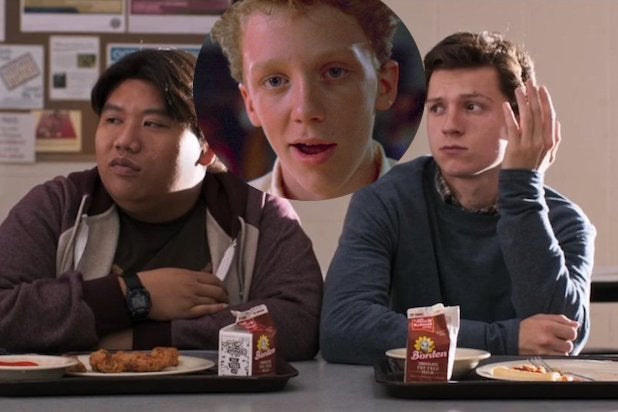 Sony/Universal
Spidey is a nerd. He has a nerdy best friend, and he sits at the nerd table at lunchtime. Yeah, there's another guy -- Farmer Ted aka The Nerd (Anthony Michael Hall) from "Sixteen Candles" -- who would fit right in at that table. 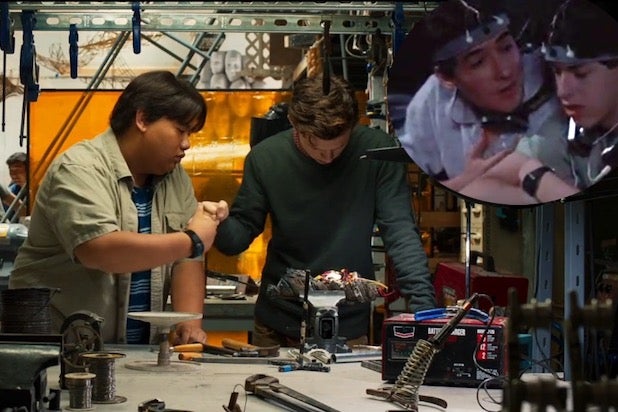 Sony/Universal
High school nerds like their gadgets, as seen in both "Sixteen Candles" and "Homecoming." 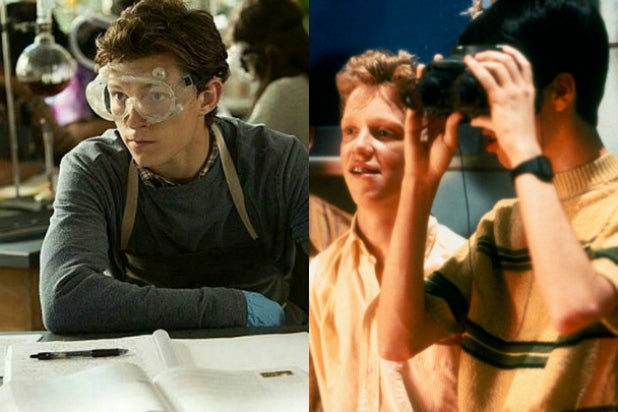 Sony/Universal
Nerds are also fond of goggles, as seen in both teen movies. 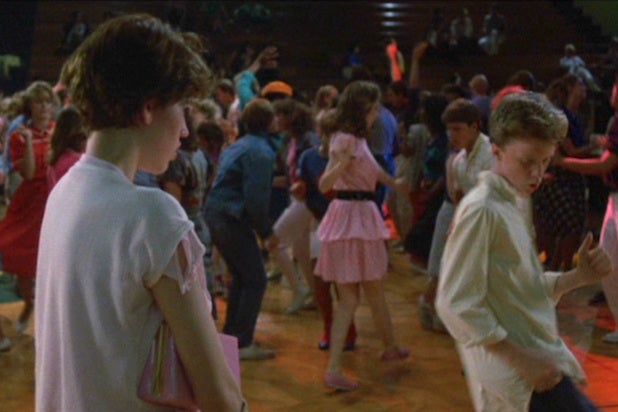 From "Sixteen Candles" - Universal
Yes, we even heard a few '80s-era tunes in the Spidey soundtrack -- including "Save It for Later" by The English Beat -- that would have fit perfectly into almost any '80s-era John Hughes movie.
KEEP READING..