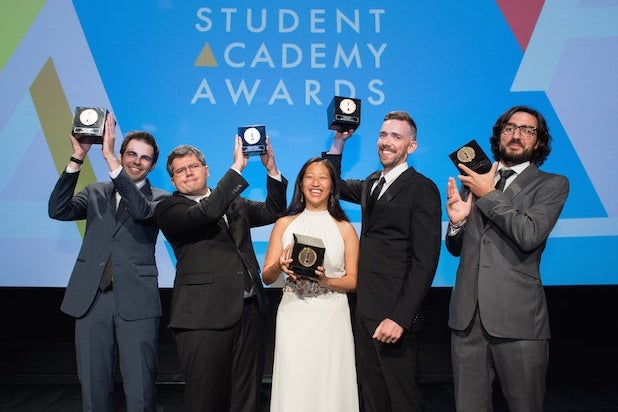 The Academy revealed the 17 winners of its 43rd Student Academy Awards Tuesday, and unlike last year, when California schools accounted for eight of the 11 U.S. winners, this year’s crop is much more geographically diverse.

California still led with five winners — two from Chapman University and one each from USC, UC Berkeley and the American Film Institute — but Illinois’ DePaul University, Michigan State University and Iowa’s Maharishi University of Management were also represented for the first time.

Monday’s announcement named the winners but did not indicate which award — gold, silver or bronze — each filmmaker received. That will be revealed at the awards ceremony on Sept. 22, at 7:30 p.m., at the Samuel Goldwyn Theater in Beverly Hills, which comes at the end of an activity-filled week for the filmmakers.

The Academy received a record number of entries for this year’s awards, which included 1,749 films from 286 domestic and 95 international colleges and universities.

All 17 winners are now eligible for the short-film categories at next year’s Academy Awards. Past winners have gone on to receive 49 Oscar nominations.