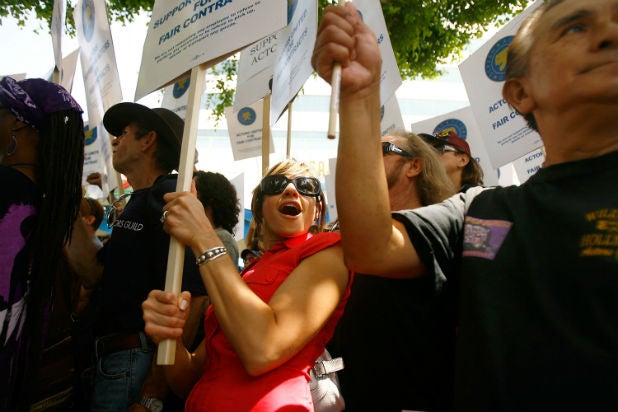 Following the tentative deal reached Tuesday morning between the Screen Actors Guild‐American Federation of Television and Radio Artists and the Alliance of Motion Picture and Television Producers, SAG-AFTRA has released a summary of the new agreement.

Among the concessions achieved by SAG-AFTRA: Residuals from streaming services have been increased, and expedited. Actors will receive residuals from streaming after 90 days, instead of a full year. In addition, the new formula will net actors a 300 percent increase in residuals during the first two years after their work is shown worldwide on Netflix, according to the guild.

The agreement also modifies rules governing travel for TV performers, with an up-to-five-fold increase in fees to actors who work on location. Further, the deal reduces exclusivity periods for series performers, and increases overtime provisions for extras working on the West Coast, bringing compensation in line with New York standards. Pay for photo doubles has also been increased, as has pay for stunt coordinators under contracts on television.

The new agreement also strikes a blow for efforts to increase diversity, with “Middle Eastern North African” now recognized as a diverse category in the casting data report.

According to SAG-AFTRA, the deal’s highlights include:

Pension Plan and AFTRA Retirement Fund in the first year of the agreement, raising the total contribution rate to 17.5 percent effective July 1, 2017

Improved residuals for programming made for SVOD (subscription video-on-demand)

Increase in the residual rate

First ever residuals compensation for foreign use

Improvements to money and schedule breaks

Improvements to the advertiser-supported streaming residuals

The deal is now subject to approval by SAG-AFTRA’s National Board of Directors followed by ratification by guild members.