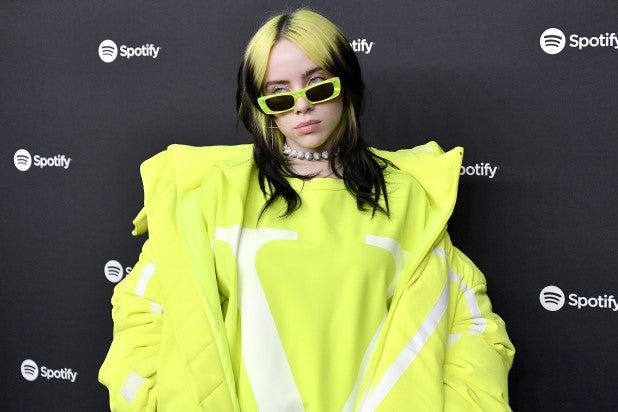 Photo credit: Getty Images
A week of singing, dancing and partying up to and after the 62nd Grammys turned Los Angeles into a mega-celebration spot. Perhaps no one embraced the week more than Billie Eilish, seen at the Spotify party for Best New Artist nominees on Thursday, before taking that trophy (as well as Album, Record, and Song of the Year) on Sunday. Crazy clothes, wild hair and sky-high heels for both women and men marked the festivities; see how she and others celebrated Grammy week. 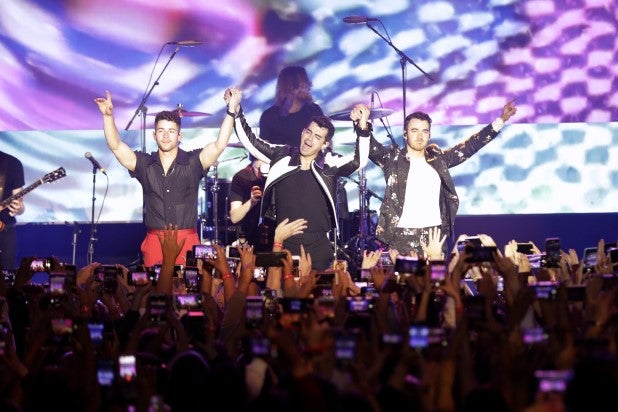 It helped to be a Citi cardmember during the week leading up to the Grammys, as Coldplay, Britney Howard, Brandi Carlile and the Jonas Brothers (pictured) took over the Hollywood Palladium and did packed-house shows for lucky members who snagged tickets via the Citi Sound Vault promo. 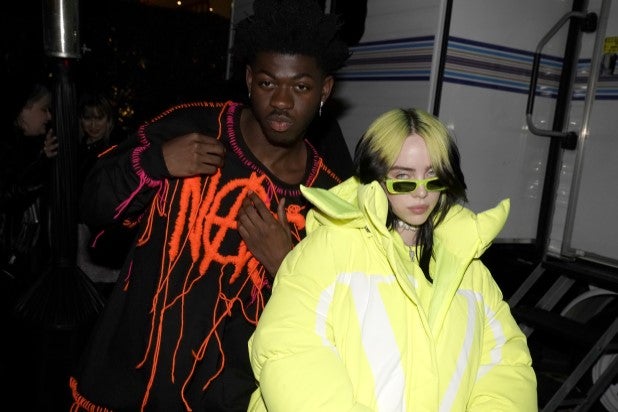 Spotify celebrated all eight best new artist nominees with a huge bash Thursday night (Jan. 23) at the Lot Studios Hollywood, where Lil Nas X and Billie Eilish got friendly. They performed, as did Lizzo, Black Pumas, Tank and the Bangas, Maggie Rogers, Rosalia and Yola, while Kate Beckinsale, Heidi Klum, Ashlee Simpson and Billy Porter prettied up the rapt audience. 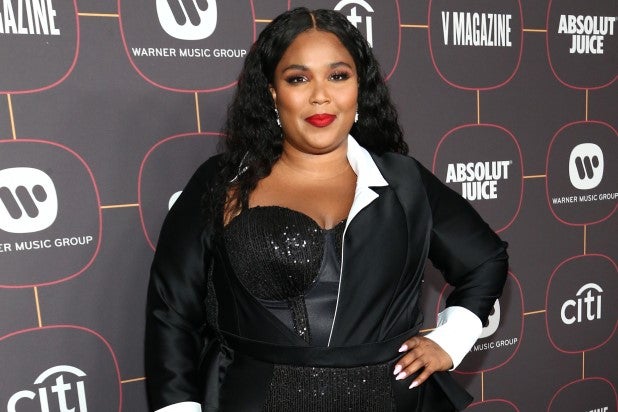 Lizzo did double duty Thursday night, also performing at the Warner Music Group party held at the Hollywood Athletic Club, along with Burna Boy, another of the org's nominated artists, to the delight of the crowd. On hand for the Absolut-fueled celebration were an eclectic mix, from Naomi Campbell and Delilah Belle Hamlin to Big Freedia, Gary Clark, Jr. and Gwen Stefani along with Blake Shelton. 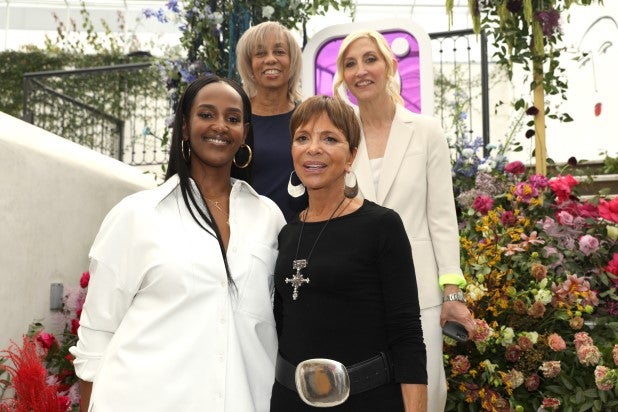 Despite the sizzling controversy over the ouster of Deborah Dugan as head of the Grammy's Recording Academy and her claims that the org is a "boy's club," Instagram's Grammy Luncheon on Friday January 24 at Ysabel celebrated women in music. Which meant honoring powerful women in the industry including (clockwise from left) Ethiopia Habtemariam, Gail Mitchell, Jacqueline Saturn and Sylvia Rhone. 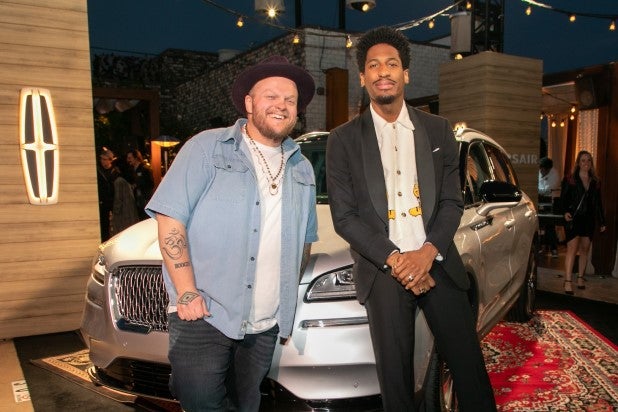 Friday night at the Dream Hollywood hotel's Highland Room Lincoln brought their new Corsair SUV to the party, as well as the four finalists of their Chart Your Course songwriters contest. Spearheaded by Grammy winner Jon Batiste, who told TheWrap that "I wanted to be a part of something different than just a singing contest, we already have plenty of those," the winner was chosen by viewers of the Grammy Awards show. Texan Cas Haley took home the gold, including a talent contract and a Corsair of his very own. 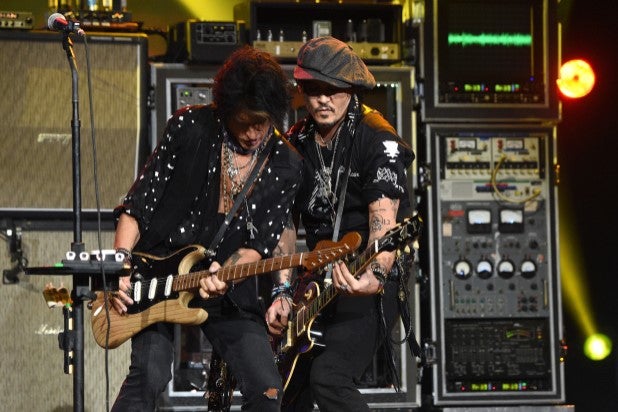 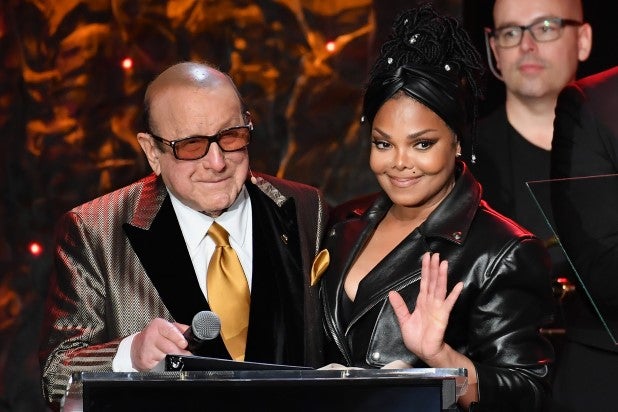 Photo credit: Getty Images
At Clive Davis' elite Pre-Grammy Gala and Grammy Salute to Industry Icons Honoring Sean "Diddy" Combs (quite a mouthful of a title), it was a Saturday night of superstars, both onstage and off. Janet Jackson hit the stage at the Beverly Hilton, as did Lil' Kim, Wiz Khalifa, Usher, Cyndi Lauper, Brandy Carlile, John Legend, Carlos Santana and Cynthia Ervio, while Nancy Pelosi, Billy Porter, Joni Mitchell and Jay-Z and Beyonce looked on. 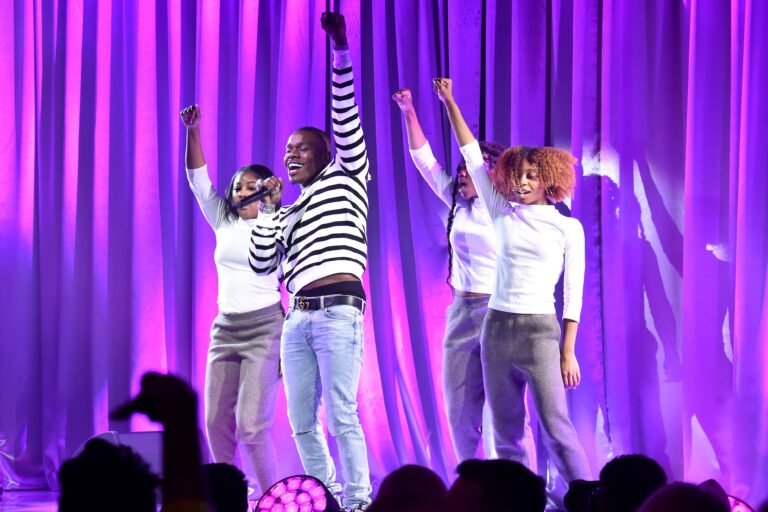 Sir Lucian Grainge's 2020 Artist Showcase made Milk Studios the place to be on Saturday, as UMG brought out its favorite sons and daughters to put on a big show. From Billie Eilish, Maggie Rogers, Anthony Ramos and soulful crooner Gregory Porter to Da Baby's lively performance, everyone on stage seemed to have a blast. Hollywood's famous faces showed up here, too, with Mandy Moore, Howie Mandel and Spike Jonze part of the packed crowd. 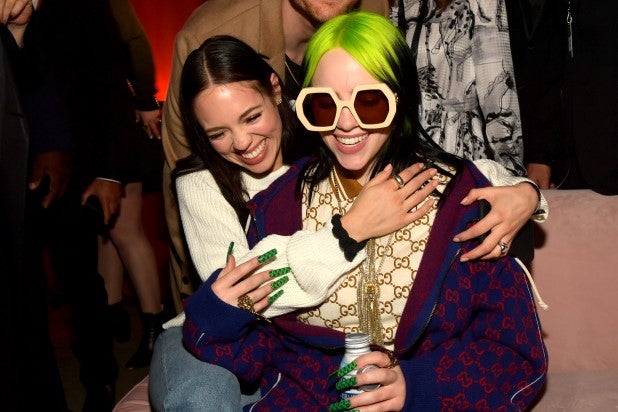 Triumphant Billie Eilish did a quick clothing change (but kept the two-tone hair) after the Grammy Awards and headed to the hottest after-party in town, as UMG took over Rolling Greens in DTLA. Lots of photo/video booths and DJ tunes kept partygoers busy and bopping, while top company execs shared air kisses with everyone from Hailee Steinfeld and Beck to Trombone Shorty, Lewis Capaldi, Heidi Klum and AnnaSophia Robb. 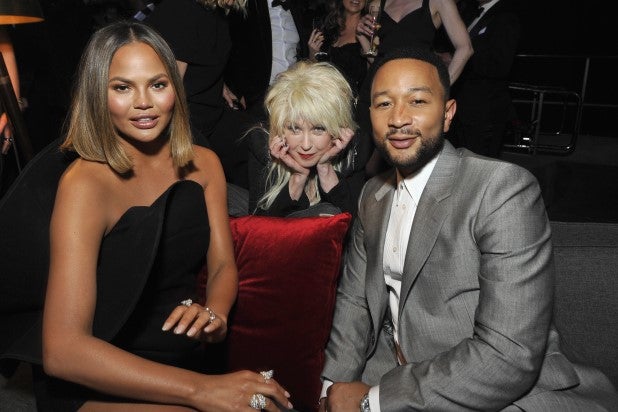