The Writers Guild of America West announced the results of its latest board of directors election, with the top eight vote-getters being elected to two-year terms.

The new board of directors will lead the WGA West during what is expected to be a pivotal contract negotiation period next year. In 2020, the Writers Guild was expected to make a serious push in contract talks with studios over higher streaming residuals, having given up a boost in such residuals as a key issue to end the 2007-08 writers’ strike. 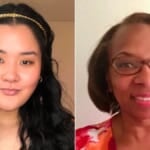 With streaming now supplanting traditional television as the world’s most popular entertainment medium, writers in Hollywood have organized over the past few years to demand better compensation for shows developed for streaming; but plans to bring it to a head in 2020 were crushed by the COVID-19 pandemic. Now, with several new streaming services like HBO Max and Disney+ being launched over the past three years, streaming will be at the center of talks in 2023.