In the first trailer that dropped Thursday, we see Boseman as a child at the funeral of his father, who was also an NYPD officer.

Years later as an adult, embattled police officer Andre Davis (Boseman) is known as “the guy who kills cop killers.”

Davis is thrust into a citywide manhunt for a pair of cop killers after uncovering a massive and unexpected conspiracy, according to the studio’s official description. As the night unfolds, lines become blurred on who he is pursuing, and who is in pursuit of him. When the search intensifies, extreme measures are taken to prevent the killers from escaping Manhattan as the authorities close all 21 bridges to prevent any entry or exit from the iconic island.

“Close the island. We’ve got 21 bridges in and out of Manhattan. Shut them down,” Boseman orders, along with closing all access from the rivers, tunnels and subways. “Then, we flood the island with blue.”

Boseman can currently be seen reprising his role as superhero Black Panther in “Avengers: Endgame.”

Watch the trailer above and see the poster below. 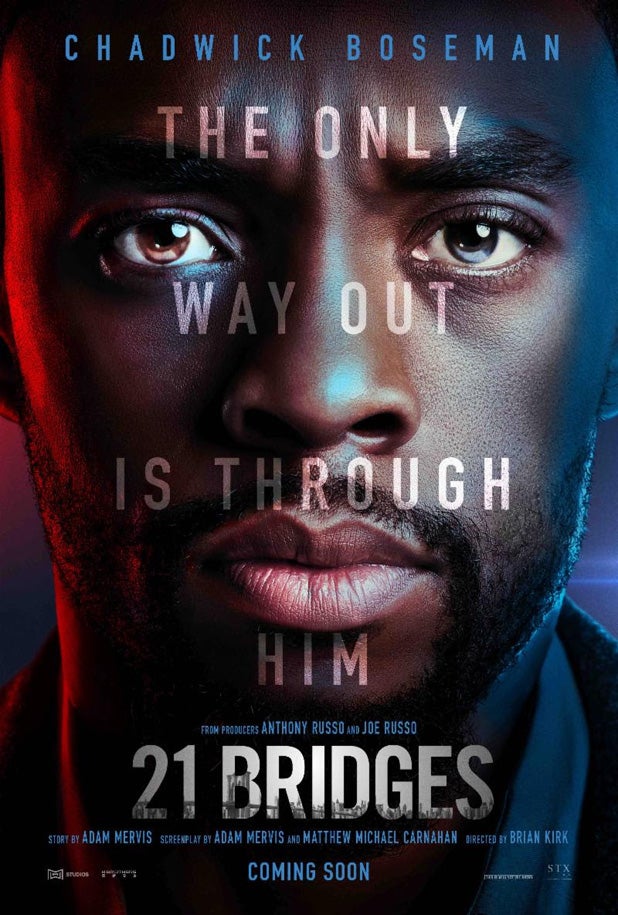