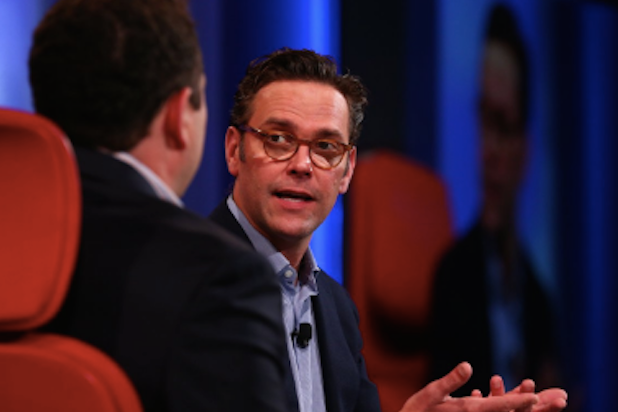 21st Century Fox CEO James Murdoch said that ABC’s abrupt cancellation of “Roseanne” on Tuesday after the show’s star sent a racist tweet was “the right thing” for the network.

“It’s about doing the right thing,” Murdoch said at the Code Conference in Ranchos Palos Verdes, California, later that day. “The right thing for your brand, for your company. For the people down the hall.”

ABC made its decision after Roseanne Barr responded to a tweet saying “muslim brotherhood & planet of the apes had a baby=vj,” referring to former Obama aide Valerie Jarrett. ABC entertainment president Channing Dungey later called the tweet “abhorrent” and “repugnant” in a statement to TheWrap.

Also Read: 'Roseanne' Could Have Earned $60 Million in Ad Revenue Next Season

When Murdoch was asked by reporters at Code about the wisdom of axing a show that was a ratings hit, he replied: “It’s not just about keeping that big audience going.” Murdoch then referred to Fox News removing Bill O’Reilly following several claims of sexual harassment last year, “we made the right decision,” he said.

Murdoch was on hand to discuss 21st Century Fox’s potentially being bought out by Disney — the parent company of ABC.