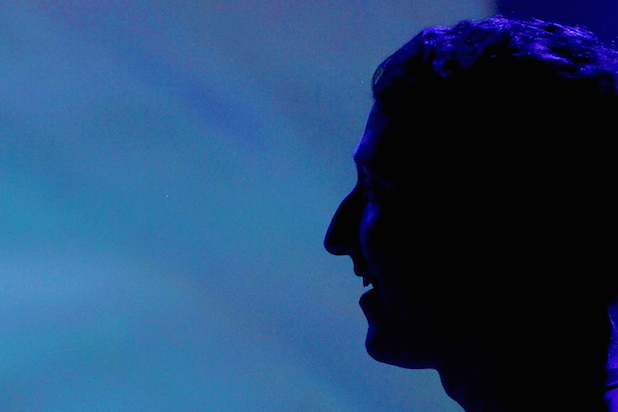 Perhaps the most dramatic week in Facebook’s history is coming to a close — with no resolution in sight for the social network.

Facebook’s stock has fallen more than 13 percent since the New York Times reported over the weekend on a data leak that allowed Cambridge Analytica to harvest 50 million users’ data. The company’s inability to prevent the leak, and CEO Mark Zuckerberg’s failure to acknowledge that failure, came after Kremlin-linked trolls used Facebook to try to manipulate the 2016 election.

Heading into next week, here are the five biggest threats to Facebook in the Cambridge Analytica fallout.

Also Read: Mark Zuckerberg's Net Worth Has Dropped $10 Billion in the Last Week

1) The #DeleteFacebook Movement
The #DeleteFacebook hashtag picked up steam as the week went on. Roger McNamee, an early investor in Facebook and mentor to Zuckerberg, told Quartz he’s suggesting users delete their accounts: “Do they think their customers are going to put up with this forever?” WhatsApp co-founder Brian Acton, who was paid billions of dollars by Facebook for his app, tweeted, “it is time,” along with the #DeleteFacebook hashtag. Elon Musk joined the movement Friday by killing the Tesla and SpaceX pages.

But millions feel that they can’t delete their accounts. As The Daily Beast pointed out, the company has a knack for sucking users back into its vortex. But even before the Cambridge Analytica scandal, Facebook already faced domestic apathy, losing 1 million U.S. daily users in the fourth quarter of 2017. For a juggernaut built on leveraging the insights of its massive, 2 billion-strong user base, that’s a real concern.

“The worst thing that could ever happen to Facebook is that it becomes cool to delete your account,” Karen North, director of USC Annenberg’s Digital Social Media Program, told TheWrap. “They have an experience that people are not enjoying, and what looks like a reduction in engagement. Fewer people are participating on a regular basis.”

Facebook’s execs know this. After waiting days to publicly address the leak, Zuckerberg said on Wednesday he’s “really sorry” it happened. COO Sheryl Sandberg followed up on Thursday, saying Facebook is “committed to earning” back the trust of its massive audience without making changes to its “current business model.”

Also Read: Colbert: Facebook Is 'Like a Bank That Just Gave Bank Robbers Your Money Because That's Their Business Model' (Video)

2) Advertisers
Several firms are rethinking their relationship with Facebook, with CNN reporting on Friday that Sonos, Commerzbank and Mozilla have decided to pull their business. With user confidence in Facebook’s ability to protect their data waning, advertisers suddenly have a reason to be concerned.
“That is really all you’ve got with your customers — if they don’t trust you, they’re not going to buy your stuff or recommend you to friends,” Ira Kalb, president of Kalb & Associates marketing firm, told TheWrap. “That is the end-all of all crisis management procedures — to restore trust in a company.”
3) Wall Street
Of course, the threat of a diminishing user base and an advertiser exodus has caught the attention of investors.
Facebook’s shares have been battered in the last week, falling to less than $160 a share by the time markets closed on Friday. The company has had more than $60 billion wiped off its market cap — and Zuckerberg has seen $10 billion erased from his net worth in the process.

In the long term, though, several Wall Street traders told TheWrap their confidence in Facebook’s ability to print money hasn’t wavered. (It helps that Facebook also owns WhatsApp and Instagram — making it especially difficult for internet users to untangle from the company’s web.) But until it has reason to believe Facebook’s audience has been pacified, Wall Street could continue punishing the company for the data leak.

4) The Government
The Federal Trade Commission has opened a probe into Facebook, according to the Washington Post, to see if the leak violated Facebook’s agreement with the FTC to notify users when their information is shared in ways they haven’t consented to. A finding of wrongdoing could result in a hefty fine — and more embarrassment.

Zuckerberg has been called to testify in front of a House committee. British parliament summoned him as well. But we’ve seen this before — last fall, when Facebook was asked to explain Russian meddling in the 2016 election, and little came of it. Most members of Congress “don’t know enough about digital civil rights” to make sweeping changes, Dr. Luke Stark, an expert on internet privacy at Dartmouth University, told TheWrap.

Still, Stark believes an added level of data security — like a digital version of the Health Insurance Portability and Accountability Act, which outlines strict rules for sharing healthcare information — is needed to protect users. And Facebook might make its own changes in order to avoid government intervention.

The Cambridge Analytica “fiasco,” as Peter Csathy, chairman of media advisory firm CREATV, put it to TheWrap, might be big enough to make it happen.

“Changes need to be made, if not for altruistic reasons, out of necessity,” said Csathy. “It’s a call to arms. It’s a ‘take our personal information and social responsibility seriously,’ where it was always in the background. This is a moment in time where there’s so much attention brought to it, it’s a wake-up call to consumers, and as a result, a wake-up call to Facebook, and all the other [social media companies] out there.”

5) Facebook Itself
The company needs to learn to protect its users and itself, rather than making bad situations worse.
Dennis Yu, chief technical officer of digital marketing firm BlitzMetrics, is among those who believe Cambridge Analytica isn’t as sophisticated as it pretends to be. “Cambridge Analytica is a PR agency pretending to be sophisticated data analytics company. They do not have the technology to do the things that they claim,” he said.
The hype has worked, clearly: President Trump’s campaign enlisted the firm during its successful 2016 run to the White House.
But the firm, according to Yu, merely harnessed the same tools available to anyone else.

“The truth of the matter is [Cambridge Analytica] did run ads, and they relied upon the most powerful algorithm that determines what people see, one that we are all able to use. It’s called the News Feed algorithm, and it’s the same one that drives what’s shown up in ads. The system seeks out people most likely to engage.”
Facebook is rushing to placate worried users, but runs the risk of going too far. On Wednesday, Zuckerberg outlined several measures Facebook would implement to better protect user data, including auditing “suspicious activity” from apps and notifying users about compromised data.
But if Facebook scales back its ad tools to comfort its audience, it may lose profits — and anger investors. Its next earnings report should be interesting.