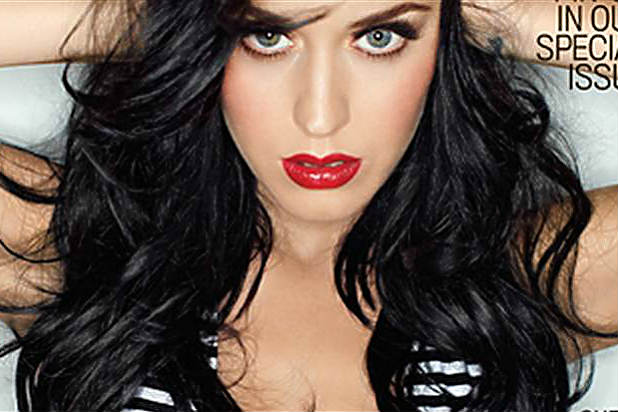 Pop star Katy Perry caught some flack last year for performing at the American Music Awards in full Geisha garb. Just before the controversial set, before she even finished caking on the white makeup or threw on the kimono, Perry allowed GQ Magazine to hang out in her dressing room with her team, her thoughts, and Rihanna‘s weed.

The result is February’s cover story and a slew of titillating images. The quotes weren’t too boring either. Here are five of the buzziest quotes lifted from the pages of next month’s GQ Magazine:

High Times
“Everyone is high!” Perry’s dressing room in the basement of the Nokia Theatre for the AMAs was downwind from Rihanna‘s, which perhaps explains the smell of marijuana smoke wafting towards the “Roar” singer. Though she swears that she does not partake: “The weed — I’m not friends with it.”

Prayer, Answered
“I lay on my back one night and looked down at my feet, and I prayed to God,” Perry recounted to GQ. “I said, ‘God, will you please let me have boobs so big that I can’t see my feet when I’m lying down?’ God answered my prayers,” she said, referring to an age 11 growth spurt. “I had no clue they would fall into my armpits eventually.”

But She Doesn’t Know Who She’s Praying to …
“I do not believe God is an old guy sitting on a throne with a long beard … I don’t believe in heaven and hell as a destination.” So what does the middle child of two traveling ministers believe in? Perry told GQ that she simply believes in “a cosmic energy that is bigger than me.”

However, Something Is Definitely Up There
“I believe in aliens,” Perry told GQ. “I look up into the stars and I imagine: How self-important are we to think that we are the only life-form? I mean, if my relationship with Obama gets any better, I’m going to ask him that question. It just hasn’t been appropriate yet.”

Say ‘Grace’
“Love that record so much,” Perry told GQ, referring to Jeff Buckley’s album “Grace.” So what is the significance? Perry lost her virginity while listening to Buckley’s “Grace” in a Volvo sedan at 16-years-old. Which begs the question: How many 16-year-olds are losing their virginities to Perry’s “Prism?” The circle of life.