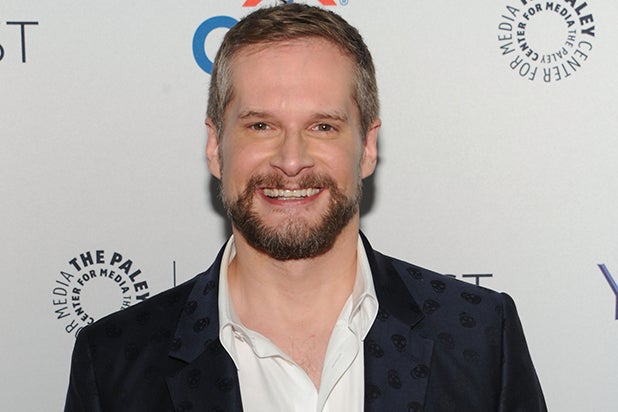 Fans the world over are celebrating the news that the “Hannibal” writer/executive producer has been selected as the showrunner of the new “Star Trek” series that will air on CBS All Access.

And they have a good number of reasons to celebrate. Fuller is a known Trekkie who has worked on not one, but two different “Star Trek” series in his impressive career.

Check out just a few of the reasons below why fans will be hoping to encounter a temporal paradox to see Fuller’s version of “Star Trek” even sooner.

1. He’s a Major Fan
Fuller isn’t just some casual “Star Trek” fan fresh off the street. He has been a major follower of the franchise since he was a kid.

“My very first experience of ‘Star Trek’ is my oldest brother turning off all the lights in the house and flying his model of a D7 Class Klingon Battle Cruiser through the darkened halls,” Fuller said when he was announced as the new series’ showrunner. “Before seeing a frame of the television series, the ‘Star Trek’ universe lit my imagination on fire.”

2. He Has an Established “Star Trek” Pedigree
Fuller’s childhood fandom turned a story straight out of a Hollywood movie. After submitting spec scripts to “Star Trek: Deep Space Nine,” Fuller was eventually hired as a writer and producer. He then went on to write and produce for “Star Trek: Voyager.”

3. He Has a Number of Cult Series Under His Belt
When he’s not obsessing over “Star Trek,” Fuller managed to create some of the most popular cult shows of the past 20 years. He left the hit NBC show “Heroes” to launch “Pushing Daisies” in 2007. The show received critical acclaim but was ultimately canceled after two seasons. Fuller is also responsible for the death-filled dramady “Dead Like Me,” which also lasted for just two seasons.

4. He Has Lots of Ideas
Fuller has had ideas for a new “Star Trek” series long before he was approached about this one. He has stated in multiple interviews that has had several possible series in his head, like his 2008 interview with IF Magazine where he said:

“I told my agent and told the people of J.J. Abrams team I want to create another ‘Star Trek’ series and have an idea that I’m kicking around. I would love to return to the spirit of the old series with the colors and attitude. I loved ‘Voyager’ and ‘Deep Space Nine,’ but they seem to have lost the ’60s fun and I would love to take it back to its origin.”

5. The Fans Love Him
Number one rule for any “Star Trek” project: Do not upset the fans. Luckily, Trekkies the world over are thrilled that Fuller has been chosen to lead this new series. “Perfection! There’s no better Captain to helm this series!” one fan tweeted.

“That is absolutely FANTASTIC News,” another wrote. “I have every faith in you.”