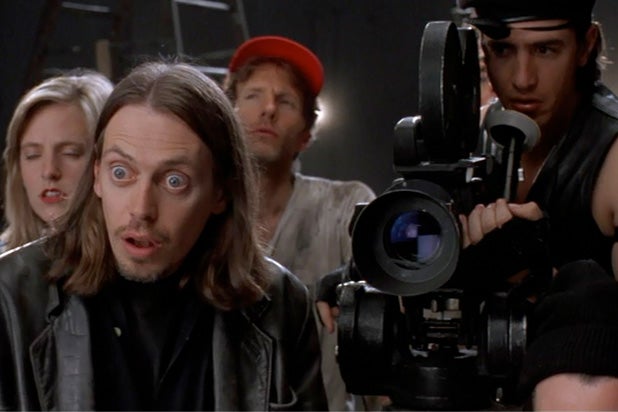 I’m an indie filmmaker who’s made two low-budget features in the last four years: “Life Tracker” starring Matt Dallas in 2013 an the upcoming “The Drama Club.”

Along the way, I’ve learned some things that I wish I could go back and tell my younger self. Here are some of the biggest lessons:

1. Crowdfunding can hurt you.

This isn’t a cow that keeps giving milk. You basically have one shot, so make sure you choose wisely, if you choose to do it at all.

Unless you have an above-the-line attachment capable of generating press and who can point strangers back to your campaign, you’re making a mistake. No attachment? Just you and some buddies? Fine, but the only people who will give to your campaign will be those connected to you already. If Grandma’s going to give you a thousand bucks, she should just give it to you. Don’t pay the crowdfunding site’s fee (around 7 percent on average) or the fee tacked on for using plastic. If you go through a site, you just lost $60 to $100 of Grandma’s money before you even started shooting — all because you needed a link from a company to work up the nerve to ask her.

If you’re a filmmaker without the nerve to ask someone for money, you better hope you find a good producer. Think of those people you’re asking to work for free — that 7 perecent could go to feeding them better on set! Yum. Craft services.

Also Read: Pay Attention Or Fall Behind: Industry Pros Share How to Get Ahead in Entertainment (Video)

OK, you’ve probably heard this one before, but think there’s no way to do it with your lack of funds. I’m telling you to do all that you can to get some familiar faces on board, no matter your budget.

I made an indie feature called “Life Tracker” for $150,000. A good chunk of that money came in because an investor loved one of my leads, Matt Dallas, who starred on an ABC Family show. Others gave money because a sports star invested. My great aunt genuinely thought I’d “made it” when she saw Jay Thomas in a small scene in my movie. The Hollywood Reporter, Variety, ComingSoon, MSN and others gave us press before, during and after production. Getty Images showed up to our self-thrown premiere party because Matt Dallas was there.

Fast forward to my next feature, which had no recognizable faces, and no one of note kicked in money. We were able to raise less than half of my first film’s budget and the press won’t touch us. Well, that’s a lie — the L.A. Times came to see the movie when we four-walled for a week…and hated it. So I guess there’s that.

We’ve all heard “it takes a village.” That’s true. It’s even truer on micro-budget sets. DPs, camera operators, gaffers, grips, ADs, sound techs, costumers, production designers, producers, craft services, editors, sound editors, colorists and all the other hundreds of jobs are artists in their own right. The more you pay them, the more you can have your own way at every turn.

But if you’re begging all of your friends to work for peanuts, then demanding everything be your way doesn’t make you a genius auteur — it makes you an asshole.

4. Think about deliverables while you shoot.

Set aside a part of your brain (or someone’s brain on your crew) to consider deliverables. Did you budget for music and effects? If you want to sell to non-English speaking territories, you should. How about your music licensing and cue sheets? Doing them along the way, when possible, makes things easier. You know which one I hate the most? Racing to do the Dialogue Continuity List. Since I don’t have an assistant, that’s my job and I always leave it until the last minute and then realize, “Damn! This takes time!”

On my last feature, “The Drama Club,” after we had a scene in the can we shot one more take of the whole scene sans dialogue. The actors went through all the motions, with footsteps, chairs sliding, glasses clinking, cups hitting tables, pool balls going into pockets, car tires pulling through gravel, but no one said a word.

Yep, we shot a take just for our M&E track, and it worked. Our little no-budget picture didn’t require a foley, and M&E was edited together from on-set recordings. We shot the film in 12 days, so it’s not like we had a lot of time, but we did it anyway. I doubt we were the first to think of this, and I’m guessing it won’t always work, but this time it saved us our asses.

5. Stop showing your movie to everyone.

If you’re going the festival route to build an audience for your film, then stop showing it to all your friends in your living room. Don’t have a cast and crew screening. Don’t have a friends and family screening. Trust me, even Grandma will think twice about paying full ticket price at the festival screening if she’s already seen it. If you want to fill that auditorium, don’t show her.

If you’re not doing the festival circuit and you’re going straight to VOD, it’s even more important that you stop showing it to everyone.

You want the movie to climb the iTunes charts? Or make the “New and Noteworthy” list? You do that by getting people to spend money on pre-ordering your movie. If all your Facebook friends and Twitter followers have already seen it, will you be able to get all of them to pony up the $10 to pre-order, or would they prefer to spend that seeing “Spider-Man vs Godzilla vs Predator” at the Cinerama Dome?

Maybe you think this is silly. Well, tell me if you feel the same way after you have to beg people to fill a 100-seat theater and only 50 show up. It’s reality, folks, but we do it because we love it!

View In Gallery
BIO Joe McClean
Joe McClean is an L.A.-based writer and director whose projects include the 2013 indie movie "Life Tracker" starring Matt Dallas and Rebecca Marshall, and the 2017 feature "The Drama Club," due on iTunes and Amazon on June 9. In addition, he has made the shorts "The Speech," "Strangers" "How to Make a David Lynch Film."

Joe McClean is an L.A.-based writer and director whose projects include the 2013 indie movie "Life Tracker" starring Matt Dallas and Rebecca Marshall, and the 2017 feature "The Drama Club," due on iTunes and Amazon on June 9. In addition, he has made the shorts "The Speech," "Strangers" "How to Make a David Lynch Film."