It's that time again, when the techies go crazy.

The Consumer Electronics Show kicks off on Thursday, and with it, hordes of new product launches and announcements.

And, as a bone to the over 100,000 techo-faithful who flood the 1.4 million square feet of exhibition space along the Las Vegas strip for the four-day event, appearances by top Apple and Microsoft executives. (Though not megawatt talent on the level of Steve Jobs and Bill Gates).

What to expect this year? Lots of super-small, super-portable tablet computers; an eco-friendly "green" boom; and, in a sign that it's truly a post-"Avatar" world out there, 3D that you can take home with you.

There will also be fresh takes on increasingly less exotic technologies, such as new e-readers.

Just in advance of the show's kick off, Google is also poised to unveil its answer to the iPhone tomorrow.

To help you sort through it all, TheWrap breaks down which of the over-20,000 products being shown by 2,500 exhibitors are more than just empty hype. 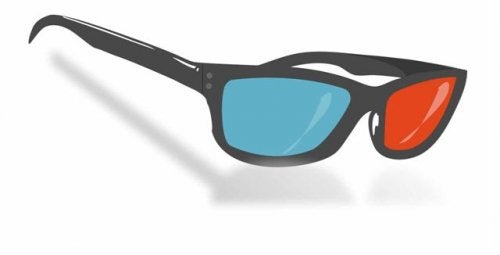 1.) 3D is Homeward Bound: Make no mistake, 3D is coming to the home. Studios, television and Blu-ray manufacturers, and game makers will announce a dizzying number of products all designed to capitalize on the yen for all thing three dimensional.

Heavy-hitters like Panasonic, Sony and Samsung are expected to be unveiling their latest 3D technologies — and now that standards for them finally have been formalized, 3D Blu-ray players.

And more: "What you'll begin seeing is 3D becoming a true home experience, not just something you watch movies with," said Sarah Myers, a spokesperson for CES. "You'll see this technology incorporated into laptops and cameras, not just TVs."

"We're just scratching the surface," said Bryan Del Rizzo, a spokesperson for NVIDIA Corp., which will be highlighting various 3D technologies designed to work with a personal computer. "People still say, 'I don't want to wear glasses,' but if you told someone three years ago that they'd be playing plastic guitar or set of plastic drums in front of television, we'd have laughed at that notion. These consumers are sophisticated, they're going to want the same experience at home they have at theaters, and we're at a point where we'll begin driving that experience home."

Exciting as dimensionality in entertainment is, there remain a few problems. The flood of new 3D products may be met with something less than universal enthusiasm by cash-strapped consumers none to eager to plunk down hundreds of dollars so they can watch James Cameron's opus from the comfort of their couches — especially when they've just bought an expensive new flat screen or Blu-ray player in the last year or two.

2.) Tablets Dawning: No, the big guns will not be on display at the Vegas trade show. In a blow to Apple-philes, the computer giant will not announce its long-anticipated and long-delayed version of the tablet computer, called the iSlate, until Jan. 27.

But other software companies are planning to take advantage of the lag time to show off their version of the compact computers. In fact, to accommodate the surge of new offerings, the event's organizers are offering a Netbooks section for the first time this year.

Look for the Norton Ink, the Microsoft Courier, HTC and the Freescale Semiconductor tablets to make their curtain raisers at this year's event. Boasting screens that are 7 inches on average, these internet-enabled devices are designed with portability in mind. 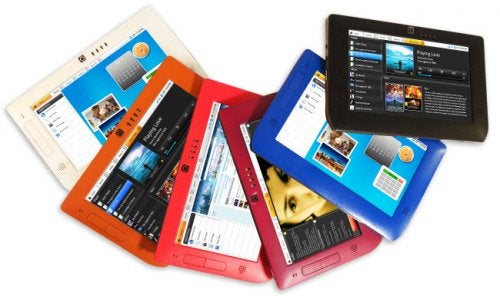 3.) Technology Goes Green-er Still: The trade show organizers are on a big push to promote energy efficient technologies, including hosting a number of panels with companies touting the virtues of power-saving devices.

Look for a range of nifty products including solar-powered radios, monitors that measure the energy consumption of every household utility, and flashlights that hold a charge for 20 years.

"There's a big trend with the entire population to become green," said Silvia Zimmermann, marketing director Novothink, which will demonstrate a solar charger for iPhones. "The best thing about these products is that they're energy efficient and innovative, but they're also convenient."

4.) Kindle's Competition Grows Fiercer: Barnes and Nobles challenge to Amazon's Kindle debuted last fall and the results, to put it kindly, were underwhelming. Still, expect lots of upstarts unveiling new e-readers that they hope will eat into Amazon's market share.

Among the little guys set to begin nipping at the Kindle's heels are the Skiff from Spring and Hearst, the Que from Plastic Logic, the Story from iRiver, the Alex from Spring Design, and a yet to be named dual screened reader from Taiwanese manufacturer MSI.

5.) Yes, There's an App for That and That and That: There'll be an onslaught of new mobile phone applications, many of which will undeniably fall into "hey, that's sort of cool" rather than life-altering category. Among the tasks: scanning bar codes, providing free e-comics, improving eBay access and reading credit cards.

6.) Detroit Comes to the Desert: Ford Chairman Alan Mulally has been given the keynote spot at this year's CES. Exhibit organizers say automakers will hit the Strip in force armed with in-car wireless and tools that will allow drivers to stream music and reply to email via voice control.

Alas, none of the new technologies will make people better drivers.

"The car and vehicle technology are changing," Myers said. "The car is now connecting the consumer with more real time information. It's more userfriendly, and i'ts going to be providing things like collision information and weather updates, in a way they haven't before."