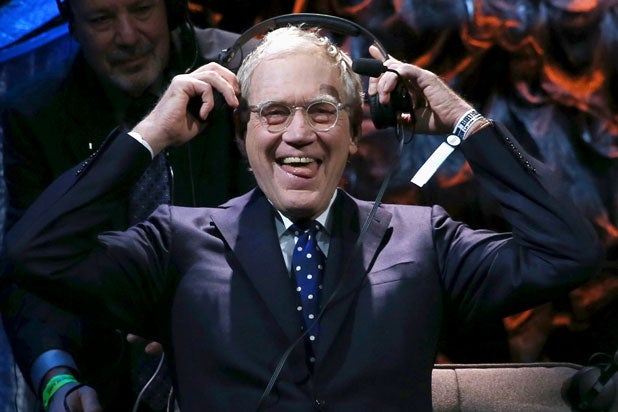 After 33 years on late night, David Letterman is preparing for his last “Late Show” on May 20. While the TV legend has granted a handful of interviews in the run-up to his finale, Letterman has been historically tight-lipped about his personal life.

Except during an appearance on the Howard Stern Show, which may have been his most revealing interview yet.

“On Monday, it will be 32 years … that’s embarrassing,” he said to Stern last year. “If it were up to me, I would not quit. On the other hand, it’s not always up to me, and you can’t go on forever.”

Throughout the nearly half-hour exchange, Letterman discussed his quintuple bypass surgery, his “feud” with Oprah Winfrey and his anger issues. TheWrap looks at the nine most revealing disclosures.

1. He stuck Oprah with the check: “We were having lunch at the same restaurant and when the waiter came over, I said, ‘See those people over there?’ I got their attention and they waved back. I said, ‘they are taking care of my check.’ And then we just left.”

2. Letterman ran afoul of Oprah for the last time after during a taping of his show in Chicago: “She was a guest and people in the audience were heckling [her]. She felt I should’ve defended her, especially in front of her hometown audience, and I didn’t. And from that point, Oprah and I were done.”

3. He had quintuple bypass surgery, a fact made more remarkable by the fact that he hadn’t previously called in sick in 18 years: “I went in for a physical, and they said, ‘OK … don’t get off the table, you are going into surgery …’ Great things happened after that.”

4. He has anger management issues: “I didn’t really start to get my anger and temper into control until other developments. Therapy is one of them, meditation is one of them.”

5. When he first arrived in Los Angeles, he got a job writing for Bob Hope, but none of his material landed: “You move to California and you have no money, and you get a job writing jokes for Bob Hope — you’re gonna be excited for that. […] No material that I wrote for that show ever appeared on the show.”

6. Despite their feud, Letterman called Jay Leno upon the latter’s second retirement announcement: “Thirty years ago things we’re done which I felt were unfair to me by him, and other things continued to be done to me which I felt we’re unfair. And I thought, really? How much longer can I carry this with me?”

Also Read: David Letterman by the Numbers: Ratings, Records and Social Stats Before We Say Sayonara

7. He’s friendly with his neighbors because of his son Harry, all the while aware that they’re going to gossip about him and his home: “Well, it doesn’t bother me — people are going to gossip what’s going on in your house irrespective of who you are and what you do.”

8. When 16-year-old Justin Bieber was on the show, the two discussed the singer’s tattoo: “He had a tattoo, and I said, ‘Here, you are too young to have a tattoo,’ so … I’m rubbing it, and he goes, ‘Ah! I just got this yesterday!’ And he was in great pain.”

9. Letterman played tennis (and was beaten by) with Johnny Carson. After that, Carson played drums for him while David just stood and watched: “We lived in the same neighborhood … So after tennis, he went in there and he is playing the drums. You stand there and you think, god, this is something I will remember the rest of my life.”