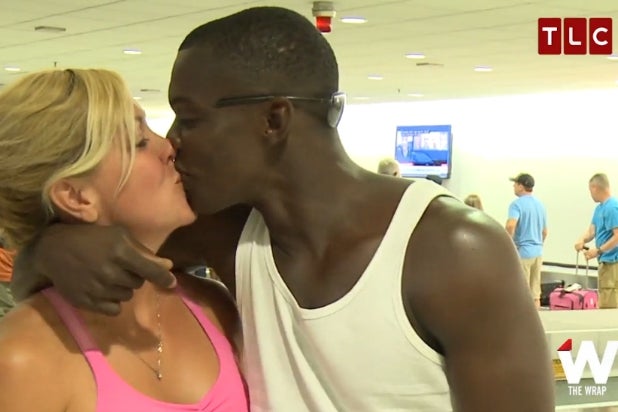 Just say yes: TLC has renewed “90 Day Fiancé” for a 10-episode third season, and TheWrap has an exclusive first look at all the drama to come.

This season, the reality series features six engaged couples with seemingly outrageous love stories, including one pair with a 39-year age difference, a young Mormon man engaged to a former go-go dancer and a suave Jamaican man, who has his fiancee’s family questioning his motives.

Using a special K-1 visa, the couples are required to get married at the end of only 90 days — or else be forced to return to their home countries.

The series returns on Sunday, Oct. 11 at 10 p.m. ET. Additionally, TLC will air a “Where Are They Now?” special on Oct. 4 updating the most talked-about couples from the previous season.

“90 Day Fiancé” is produced by Sharp Entertainment for TLC. A teaser is posted below TLC’s Season 3 cast descriptions.

Also Read: Dan Soars 'Like a Canadian Goose' While Skydiving on 'Our Little Family' (Exclusive Video)

The series will follow these couples during their journeys:

Fernando (Miami, Fla.) and Carolina (from Colombia)
Fernando, 39, and Carolina, 22, met at a nightclub in Colombia while both on dates with their now-exes. Fernando has cheated in his past relationships, and Carolina has trouble trusting him. Fernando expects Carolina to leave her Colombian roots behind and become fully Americanized.

Josh (Rexburg, Idaho) and Aleksandra (from Russia)
Josh, 22, and Aleksandra, 21, met in the Czech Republic while Josh was there on a Mormon mission trip and Aleksandra was there for school. Josh was inspired to teach Aleksandra about his faith, and the two soon grew close. Aleksandra, a former go-go dancer and self-described party girl, converted to the Mormon faith in order to be with Josh. Despite this, Josh’s family still does not approve of Aleksandra’s past and view her as an outsider.

Kyle (New Orleans) and Noon (from Thailand)
Kyle, 28, and Noon, 25, met through social media when Kyle was looking for a local to show him around Thailand. Kyle is a bartender in the infamous New Orleans party scene, and Noon worries he might be tempted by the women he interacts with on a nightly basis.

Loren (New York, NY) and Alexei (from Israel)
Loren, 27, and Alexei, 27, met in Israel while she was on a Birthright trip, where Alexei served as the group’s medic. The two have never spent more than 15 days together at a time, much less lived together, yet they are about to move in with Loren’s parents’ three-bedroom condo, in order to save money. Loren fears that Alexei will get homesick and will want to return to Israel.

Mark (Baltimore) and Nikki (from the Philippines)
Mark, 58, and Nikki, 19, met through an online dating site. Mark’s four children from his previous marriage are all older than Nikki, and are concerned that she is young enough to be his granddaughter. Nikki thinks she might want children in the future, but Mark is firm in that he does not want to be a father again.

Melanie (Orwigsburg, Pa.) and Devar (from Jamaica)
Melanie, 33, and Devar, 28, met while Melanie was on vacation in Jamaica at a beach resort where Devar worked as a lifeguard. Devar will be leaving his country for the first time ever to live with Melanie and her eleven year-old son in a very conservative town. Melanie’s family is concerned about Devar’s true intentions, while Melanie worries Devar will return home since his family has always been financially supported by him.