AnnaLynne McCord is launching a new interactive web talk series called “Truth,” which integrates viewers into the show’s conversation in real time and promises that “absolutely no-topic is off-limits.”

“Last year, after almost 10 years of silence I was finally able to open up about being raped. Since then I’ve shared emails with thousands of young men and women who, like me, had been suffering in silence,” McCord said.

“In March of this year I was fortunate to speak at the UN on International Women’s Day where it was announced that I was to become an ambassador for the NO MORE campaign, saying: ‘No more to sexualized violence and domestic abuse.'”

To continue the conversation, McCord has partnered with new digital platform Smiletime, “whose unique platform allows me to do create a truly unprecedented video format — a talk show that invites viewers from around the world to talk about society’s most taboo topics with me in real time. It’s a live, fully interactive format that allows everyone in the audience to participate and be heard.”

“Truth” will be discussing everything from sexual assault and mental illness, to dating fails and dishing out love advice.

“Nothing is off limits, and I won’t back down from any topic. This is live, so we’re uncensored, unfiltered and, most importantly, completely open, honest and real,” the host said. “Absolutely no-topic is off-limits.”

While “Truth” will have in-person guests, the emphasis is on empowering the viewer. In a fresh new format, viewers will be able to respond to questions and polls, then see their immediate impact on the results. They can also contribute to the conversation using Smiletime’s “chatterbox” feature, which allows them to speak both with each other and with McCord.

Finally, fans can even be featured as guests by using their devices’ cameras to “smile-in” to the live show (a modern play on calling-in to a radio show).

Read AnnaLyne McCord’s letter to her “future self” here, and prepare to chat tomorrow night.

“Truth” premiere will stream live on Thursday, Oct. 1 at 8 p.m. PT on Smiletime. 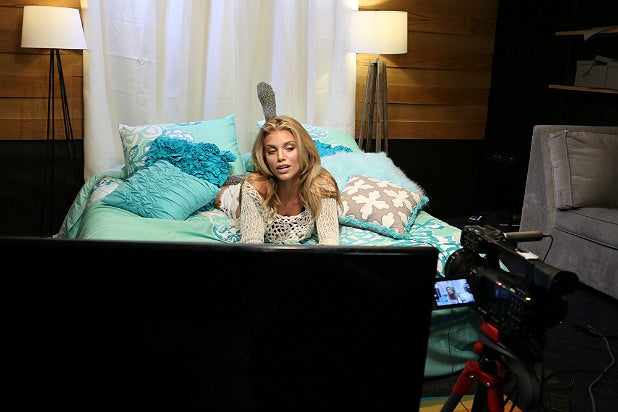 From Ellen DeGeneres to Kelly Ripa to The Ladies of ”The Talk“ and ”The View“ — here’s how they rank by likability, according to Q Score as of Sept. 2013