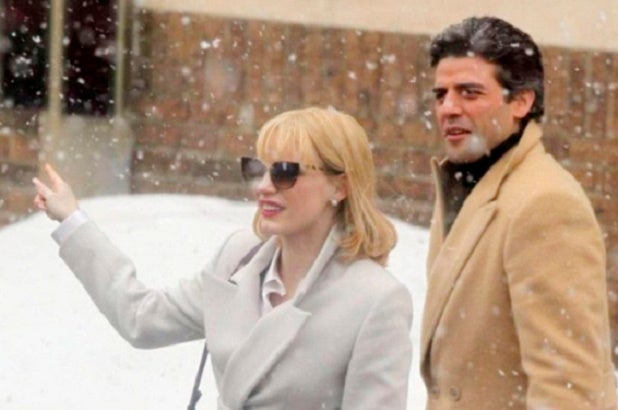 Awards hopefuls “American Sniper” and “The Imitation Game” turned up the heat at the specialty box office, and “A Most Violent Year” got off to a fast start this weekend.

Meanwhile, Fox Searchlight was celebrating as two of its films in the Oscar conversation, the dark comedy “Birdman” and Reese Witherspoon’s “Wild,” both lifted their domestic totals past $25 million. Paramount’s civil rights drama “Selma” also scored in its final test before going nationwide on Friday.

Participant Media’s “A Most Violent Year,” a thriller starring Oscar Isaac, Jessica Chastain, David Oyelowo and Robert Brooks, opened in four theaters and took in $188,000. That’s an impressive $47,000 per-screen average for the film, which has brought in $300,000 since opening on New Year’s Eve for distributor A24.

Also Read: ‘A Most Violent Year’ Named Top Film by National Board of Review

Written and directed by J.C. Chandor (“All Is Lost”), the drama is about an immigrant’s struggle to survive and protect his family in New York in 1981, the most violent year in the city’s history.

With the Academy Award nominations set for Jan. 15, the companies behind movies with Oscar aspirations are jockeying to be in position to capitalize if the honors come.

It brought in $640,000 from four theaters for distributor Warner Bros. That’s a muscular $160,000 per-location average, the biggest second-weekend average ever for a live-action movie, according to Box Office Mojo. The previous record was $96,549 for “Moulin Rouge.”

The drama co-starring Sienna Miller and based on the book by Chris Kyle raised its total after two weeks in release to $2.1 million. Warner Bros. plans to open “American Sniper” nationwide on Jan. 16, the day after the Oscar nominations.

The drama starring Benedict Cumberbatch brought in just over $8 million and was the No. 7 film on the national charts, despite playing in just 754 theaters, up seven from last week. Its $10,855 per-theater average was the best of any movie in wide release.

“Wild” brought in $4.5 million from 1,361 theaters after Fox Searchlight added 76 locations for its fifth weekend. That’s a $3,306 per-screen average for the Jean-Marc Vallee-directed survival saga, which has brought in $25.9 million overall.

Directed by Alejandro Inarritu, “Birdman” is up to $25.4 million domestically after taking in $850,000 from 282 theaters in its 12th week. That’s a $2,996 per-theater average for the comedy starring Michael Keaton as an actor trying Broadway after a career of playing superheroes.

Also Read: ‘Selma’ Director Ava DuVernay on the One Star Who Turned the Film Down: ‘She Did Not Want to Do It’

The civil rights saga “Selma” kept pace with its awards rivals, taking in $645,000 from 23 locations in its second week. That’s a strong $29,318 per-theater average for the Paramount drama directed by Ava DuVernay. It goes nationwide on Friday.