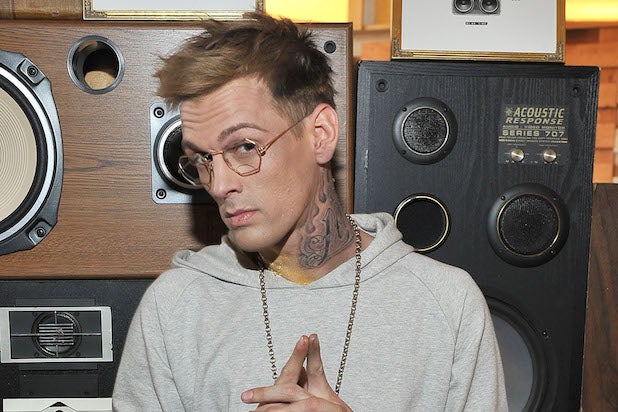 Thanksgiving at is going to be awkward.

Pop singer was arrested this weekend in Georgia and charged with DUI. Late last night, he issued a lengthy statement on the ordeal. concluded the memo by taking a shot at older brother Nick, who is in the Backstreet Boys.

“If my own blood (Nick) truly cared about my well-being, why wouldn’t he call me directly and have a conversation instead of making this about him through a very public forum?” wrote. “That’s not cool at all to use me for his PR and kick me while I am down. I love my family despite it through thick and thin.”

To my brother: I love u no matter what & if u feel the need to reach for help, I am here and willing to help you get better.

Family isn't always easy,be we're all here for you.

Read Aaron Carter’s full statement by clicking the tweet below, in which the “That’s How I Beat Shaq” singer claims he was “targeted” by cops for his celebrity and arrested “with aggression.”

Thank you ALL for your prayers & well wishes. I am so sorry to all my fans that I missed. The truth will come out! Read my statement here: pic.twitter.com/XaiKqUeXxh

More details of Carter’s arrest can be found here.