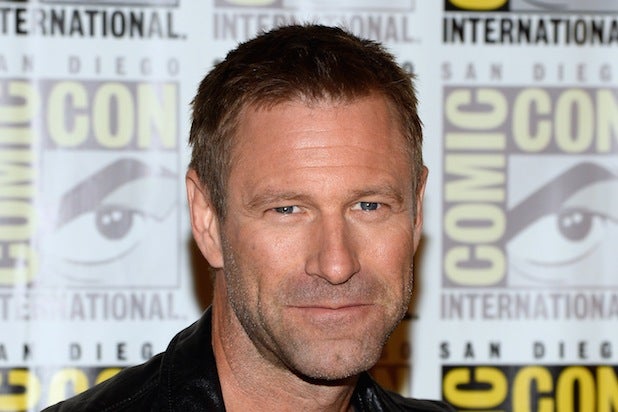 The horror genre continues to prove its allure to serious actors, as Aaron Eckhart is set to star in the exorcism-themed movie “Incarnate” for Jason Blum‘s Blumhouse banner, an individual familiar with the project has told TheWrap.

Brad Peyton (“Journey 2: The Mysterious Island”) is directing from a script by Ronnie Christensen. Production starts next month.

Eckhart will play an exorcist with the ability to tap into the subconscious of the possessed who is put to the test when a nine year-old boy becomes possessed by a demon from his past.

The plot: an unconventional exorcist who can tap into the subconscious of the possessed meets his match when a 9-year old boy is possessed by a demon from his past. Blumhouse and IM Global will co-finance the film.

Blum (“Paranormal Activity”) will produce for Blumhouse, which is co-financing the movie with IM Global. Couper Samuelson will executive produce with Michael Seitzman and Trevor Engelson.

Blumhouse International will handle foreign sales, and while there is no U.S. distributor in place, Blumhouse has a first-look deal with Universal. Given the studio’s success with Blumhouse’s micro-budget home invasion thriller “The Purge,” Universal is expected to take on the release.

Eckhart, who recently starred in the action movies “Olympus Has Fallen” and “Erased,” next stars in “I, Frankenstein.” He received a Golden Globe nomination for his performance in Jason Reitman‘s comedy “Thank You For Smoking.”