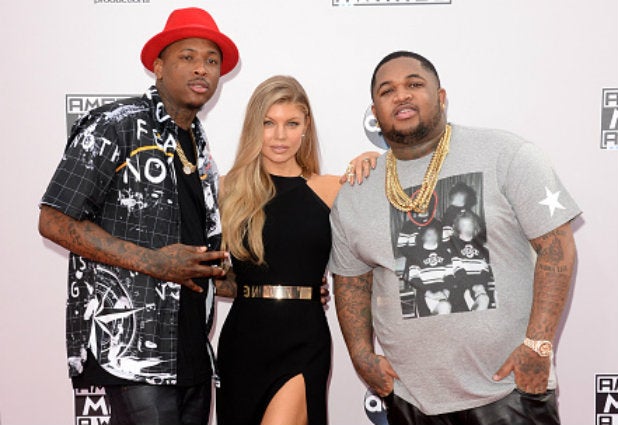 After an eight year break, Fergie is finally releasing another solo album — and she chose the American Music Awards as her coming out party.

On Sunday, the “Glamorous” singer rolled up to Los Angeles’ Nokia Theater atop a colorful party bus, flanked by entourage and looking stunning in a floor-length black Halston Heritage gown.

“It was a crazy entrance. I just didn’t want to comeback after all these years and just come in a normal car. Make it big! It was like an L.A. trinity moment,” Ferige told E!’s Guiliana Rancic.

“This was based on an art car,” Fergie said of her ride, “that mixed with a party bus [which] became this vehicle to take a trip and bring that L.A. kind of swag and vibe all over the world,”

Married to actor Josh Duhamel, the Black Eyed Peas member discussed what she’s been up to in her musical absence: mainly playing mom to her 15-month-old son Axl, who has already has his own musical taste.

Fergie will perform her new single “L.A. Love” on the ABC broadcast. Taylor Swift, Jennifer Lopez, One Direction and Nicki Minaj are also slated to perform.