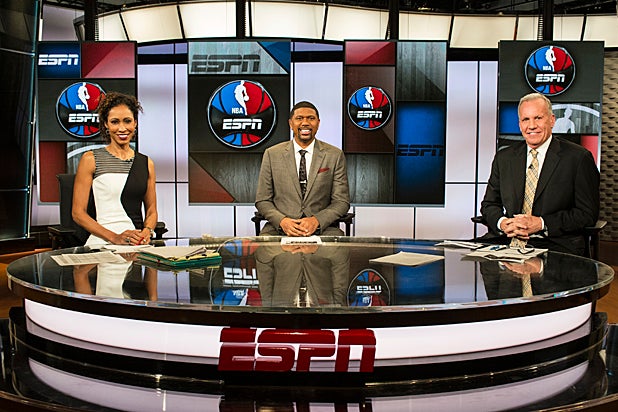 This weekend marks a new milestone for basketball fans when “NBA Saturday Primetime” launches on ABC to fill in the sports gap created by the end of the college football season.

“When I heard this was the plan, I thought it was a no-brainer — why didn’t I think of it?” ABC and ESPN host Sage Steele told TheWrap about the new timeslot. “This is must-see TV.”

Also Read: How the NBA Stole Christmas: 'Fans Expect to See the Best and Biggest Games'

Just as she currently does Wednesdays and Sundays (when ESPN and ABC respectively air NBA games), Steele will helm “NBA Countdown” with analysts Jalen Rose and Doug Collins at 8 p.m. ET before the games tip off.

“I truly believe there hasn’t been a better time in the NBA since the Michael Jordan era with all the big-time stars we now have in the league, so why not have one more night of it?” Steele continued. The added Saturday timeslot will mean more nationally-aired games to showcase Stephen Curry‘s Golden State Warriors (who have only lost four games so far this season) and LeBron James fighting to finally bring a championship to Cleveland.

“At the end of the day, this is about the fans and they have the opportunity to watch the best basketball,” she added. 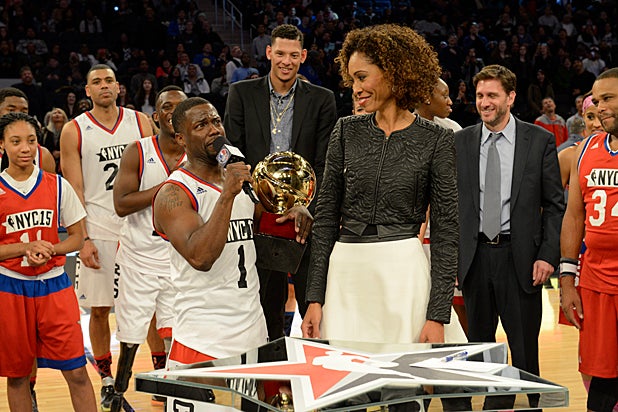 The premiere of “NBA Saturday” comes on the last weekend of the NFL playoffs — two weeks before the Super Bowl and with college football still seven months away. “I think the timing is great, it is a beautiful transition from football,” Steele said. “January is kind of like hump day for the NBA,” with the halfway point of the season approaching and the All-Star Game Feb. 12-14 in Toronto, Canada.

“This is when the season really picks up. Every game really counts — the pressure is on and the players know it.”

With this new series, ABC and ESPN will now combine to televise NBA games four days per week (Wednesday, Friday, Saturday, Sunday) from January-April, three of which will be in prime-time. ABC had previously aired doubleheaders on Sundays as part of its “NBA Sunday Showcase” and will now air one exclusive game on Saturday nights and one on Sunday afternoons.

ABC and ESPN are entering their 14th consecutive season as a national broadcast partner of the NBA (since 2002-03 season). The entities will begin a new rights agreement at the commencement of the 2016-17 season.