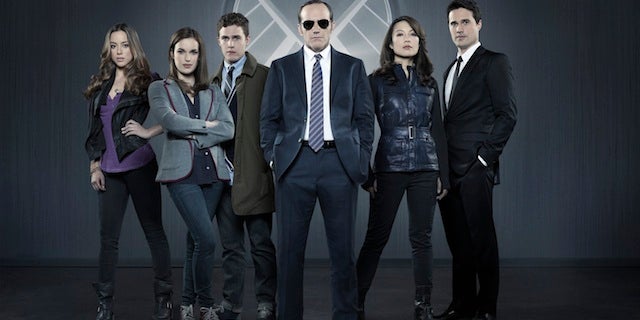 Update: Now, this is a lot better. ABC just released a 30-second tease from its newly picked up series, “Marvel’s Agents of S.H.I.E.L.D.”

When we say that ABC’s newly picked up series from executive prodcer Joss Whedon, “Marvel’s Agents of S.H.I.E.L.D,” released its first teaser, we mean it literally. It's a tease.

At only seven seconds long, it packs a punch, then another and another, then its over.

The series follows Agent Phil Coulson (Clark Gregg), who has assembled a small, highly select group of agents from the worldwide law-enforcement organization known as S.H.I.E.L.D. to investigate cases around the world and protect its citizens from extraordinary threats.

ABC announced the series order for “S.H.I.E.L.D.” on Friday, along with several other pilot pickups and series renewals.

The network is airing a first look at “Marvel’s Agents of S.H.I.E.L.D” during the season finale of “Once Upon A Time” on Sunday at 8 p.m./7c.