ABC revealed highlights of its May sweeps programming, including the series finale of “Lost” on Sunday, May 23, and the season premiere of “The Bachelorette,” featuring Ali from the last "Bachelor," on May 24.

Of course, airdates are subject to change. 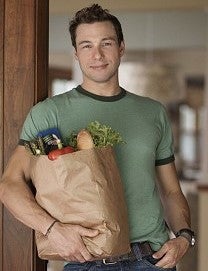 Things to look forward to:

Rocco DiSpirito guests on "Castle" on Monday, May 3, at 10 when a high-profile chef is found frozen in the kitchen of a hot New York restaurant. DiSpirito plays a fan of both the dead chef and Castle’s books.

On Sunday, May 2, from 7-8 p.m. the season’s three $100,000 prize winners on "America’s Funniest Home Videos" compete for the grand prize. In “Laser Chasers,” a Great Dane and a toddler are equally obsessed with a laser pointer; in “Boogie Baby,” a baby rocks out with a musical doll; and in “The Great Escape,” Junior the Chihuahua leads an escape from the utility room. The May 9 episode is the first of a two-parter counting down "the 20 videos that changed the world." 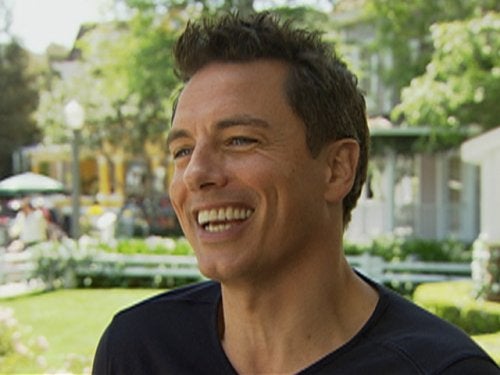 Also on May 2, John Barrowman plays Angie’s ex, with whom she comes face-to-face after years on the run, on "Desperate Housewives" at 9. The series’ "explosive" season finale airs May 16 at 9, followed by the season finale of "Brothers and Sisters."

Marsha Mason guests as Frankie’s mom in the "Mother’s Day" episode of comedy "The Middle" at 8:30 on Wednesday, May 5. That’s followed at 9 by "Modern Family" embracing the classic TV tradition, a la "The Brady Bunch," of a family trip to Hawaii (also pary of the May 12 episode).

Betty White brings her sudden fame to "The Middle’s" season finale on May 19, playing the school librarian. And L.A. Lakers star Kobe Bryant makes a cameo in the season finale of "Modern Family" that follows at 9.

It’s a meeting of young and old as Demi Lovato and Marion Ross guest star on "Grey’s Anatomy" on Thursday, May 13. The medical drama’s two-hour season finale airs on May 20 from 9-11 p.m., with guest star Mandy Moore.

"Extreme Makeover: Home Edition" has its season finale on Sunday, May 16, with a family in Pine Mountain Valley, Georgia. Guests include Michael Oher, the NFL star whose story was told in "The Blind Side," Lovato (again) and Wilmer Valderrama (with Handy Manny).

And, of course, "Lost" takes over ABC’s airwaves on Sunday, May 23. It starts with a two-hour recap special at 7, then the two-hour finale from 9-11, followed by a Jimmy Kimmel special featuring "Lost" executive producers Damon Lindelof and Carlton Cuse, alternate endings and live interviews with cast members. .

"The Bachelorette" launches its sixth edition on Monday, May 24, with a two-hour episode at 9, moving to its regular timeslot of 8-10 p.m. on May 31. Ali Fedotowsky, who left last season’s "The Bachelor" to return to a job she loves, has reprioritized her life – and now love comes first.

"Dancing With the Stars" airs its season finale on Tuesday, May 25, from 9-11 p.m., following a repeat of the previous night’s performance show at 8 p.m.

Josef Adalian is on vacation this week.