The Oscar statuette is getting a minor makeover, and a brand new company to produce the coveted gold prizes ahead of the 88th Annual Academy Awards.

“With the help of some 21st-century technology, we’re able to honor the Oscar’s proud beginnings,” said Boone Isaacs. “The new statuette exemplifies impeccable craftsmanship and the enduring nature of art.”

Aesthetically, the trophy will resemble the statue of the 1920s, which was modeled on sketches by MGM artist Cedric Gibbons and designed by George Stanley.

Weighing 8.5 pounds, the statue requires meticulous execution that rivals what it takes to produce one of the epics nominated for Best Picture. According to the Academy:

Each wax statuette is coated in a ceramic shell that is cured and fired at 1,600°F, melting the wax away and leaving an empty Oscar-shaped form. The statuettes are then cast in liquid bronze at more than 1,800°F, cooled, and sanded to a mirror polish finish.

The figure portion of each Oscar is electroplated with a permanent layer of reflective 24-karat gold by Epner Technology, a renowned high-tech specification electroplating company in Brooklyn. The statuette’s bronze base receives a smooth black patina, which is hand-buffed to a satin finish.

R.S. Owens will stay on to service its existing trophies (in the event takes a bite out of your Oscar, etc.) and create other Academy prizes like the plaques awarded its Science and Technology award winners. Check out more photos the Oscar makeover: 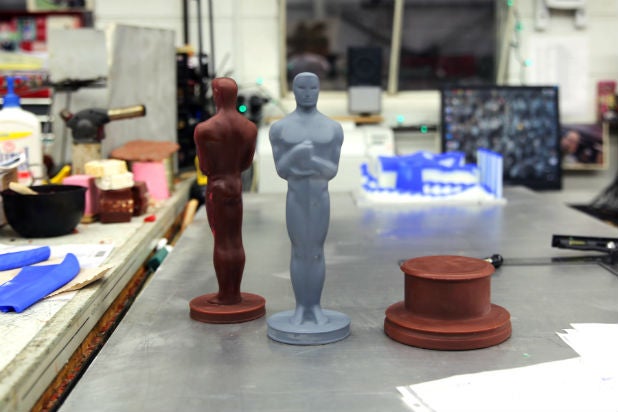 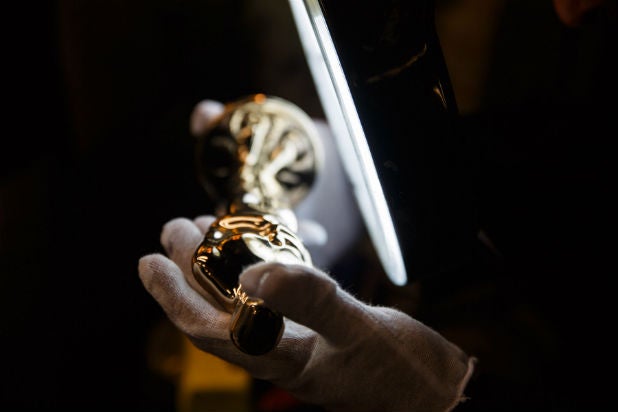 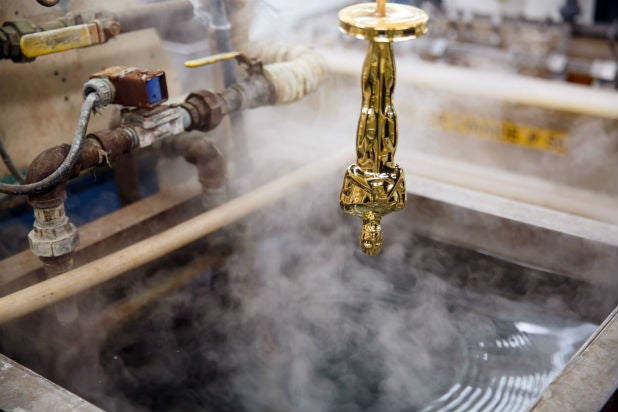 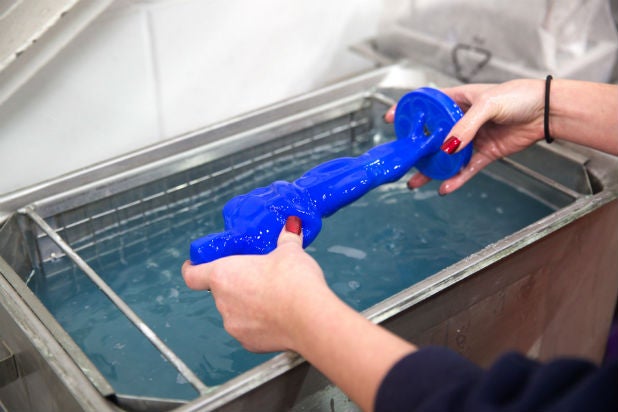