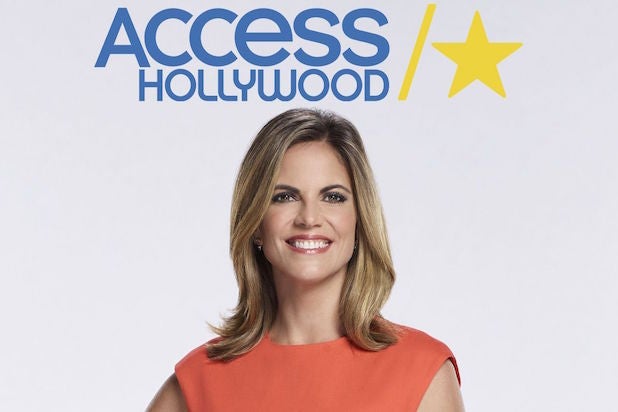 The axe has fallen at “Access Hollywood” in a small round of layoffs that included two senior producers, a news producer, an editor, and a field producer, TheWrap has learned.

“Access Hollywood” has been easily the most talked-about entertainment show of the past year, thanks to a decade-old video unearthed last October in which Donald Trump infamously boasted to former host Billy Bush about grabbing women by the genitals. But all the talk about “Access Hollywood” hasn’t helped the show.

New York-based senior producers Terri MacLeod and Tara Bernie, who have been with the show for 19 years and 18 years respectively, were part of the downsizing. The staffers were pink-slipped on July 28, according to an individual familiar with the situation.

The cuts at “Access Hollywood” indicate yet more cost-cutting and trouble for entertainment news magazines, which have suffered viewer erosion as they turn to the internet for real-time updates.

A spokeswoman for “Access” told TheWrap in a statement: “From time to time over the course of ‘Access Hollywood’s’ 21 year run, up against escalating costs, we have found efficiencies by restructuring production. Today we eliminated a small number of positions. We do not expect any further changes at this time.”

“Access Hollywood” ratings have declined since longtime host Nancy O’Dell left for “Entetainment Tonight” in 2009 and Billy Bush departed for his ill-fated “Today Show” slot in April 2016 — a job he lost in the furor over the Trump tape.

“Today” show co-host Natalie Morales took over for Bush in July of last year. Show insiders tell TheWrap that although Morales is well-liked by executives and staffers, the show hasn’t seen a bounce as a result of her hiring.

“She’s really nice and smart, but she’s not doing much for the show and doesn’t seem to be connecting with our viewers,” one insider said. “She’s a hard-news person.”

“Access Hollywood” isn’t the only entertainment news show having trouble finding its footing.

In February, the syndicated CBS Television newsmagazine “The Insider” announced it was ending its 13-year run in early September.

And in May, Warner Bros. “Extra TV” did a round of staff layoffs, which included show co-host Tracey Edmonds and 15 to 20 other employees from the show’s 170-person staff across its offices in Los Angeles, New York City and Las Vegas.

The latest “Access” cuts is fueling speculation among staffers about the future of the show at NBCUniversal. As TheWrap first reported in February 2016, NBCUniversal brass were mulling a merger of the E! News and “Access Hollywood” staffs. But that has not happened so far.