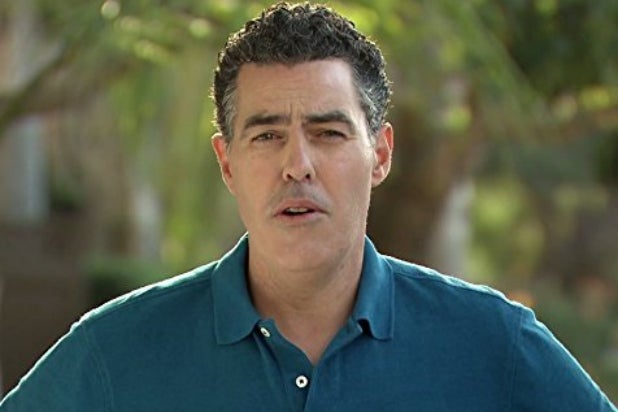 Out with the old, in with the new. Spike TV has officially shuttered Adam Carolla‘s “Catch a Contractor,” but the cable channel’s ordered a new series that combines his comedy and carpentry expertise.

“Adam Carolla and Friends Build Stuff Live” will feature the television, radio and Internet personality taking on building projects with celebrity friends in need of his carpentry expertise, Spike said on Thursday. The Viacom network will team up with the producers of “Talking Dead” for the 10-episode 2017 series.

The hour-long show will be broadcast live from Los Angeles and include taped segments illustrating the prep-work that went into that week’s building project.

During the show, the notoriously social media un-savvy Carolla will engage with fans via those platforms to solve their own carpentry questions. The ex-“Man Show” host will be an executive producer alongside Michael Davies and his Embassy Row Productions.

Beyond quick wit and his claim to the “Podcast King” throne, Carolla (“The Adam Carolla Show”) is a master carpenter and can handle the tools as much as the live format. As fans of the outspoken comic and author know, Carolla spent much of his young adult life on construction sites.