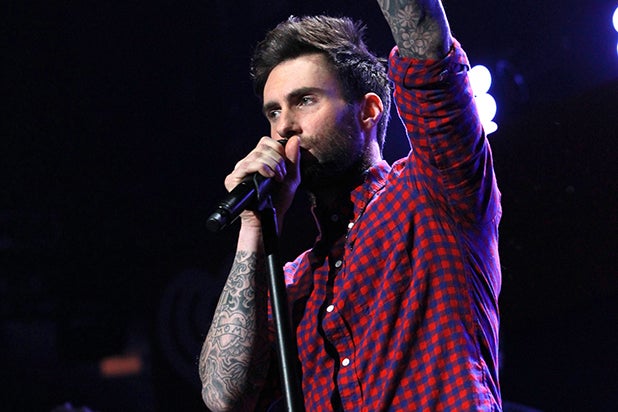 “Adam Levine is an exceptional and dynamic artist. We’re thrilled to have him make his Oscars stage debut this year,” said Zadan and Meron.

“Lost Stars” is written by former New Radicals frontman Gregg Alexander and child-actress-turned-singer-songwriter Danielle Brisebois. It is one of several original songs written for the film from Carney, whose 2007 film “Once” produced the Oscar-winning song “Falling Slowly.”

The song is also performed in the film in a more delicate version by star Keira Knightley — but when TheWrap asked Knightley if she had any interest in performing on the Oscars, the actress delivered an emphatic no. “It was bad enough singing in the studio, where I could go back and do it again,” she said. “If I had to do it on the Oscars, I would die.”

The four other nominated songs are “Everything Is Awesome” from “The Lego Movie,” “Glory” from “Selma,” “Grateful” from “Beyond the Lights” and “I’m Not Gonna Miss You” from “Glen Campbell…I’ll Be Me.”

The 87th Oscars will be hosted by Neil Patrick Harris and be held on Sunday, Feb 22, 2015, at the Dolby Theatre® at Hollywood & Highland Center® in Hollywood. It will be televised live on ABC at 7 p.m. ET.