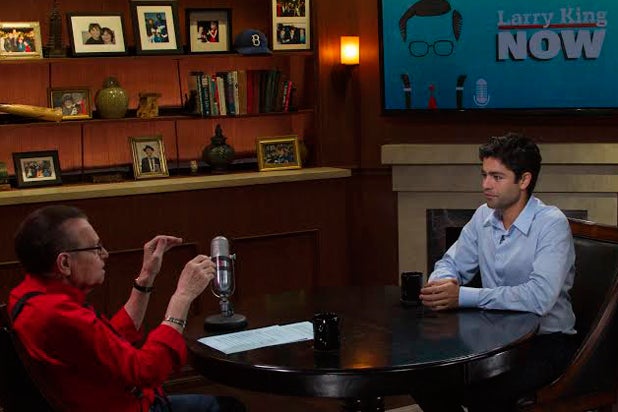 Adrian Grenier has so much faith in the upcoming “Entourage” movie, he’s betting the big-screen adaptation of the HBO series has already earned a sequel.

Grenier spoke to Larry King about the film, due for release June 5, in an interview filmed for the Feb. 9 episode of “Larry King Now.” The actor made the appearance to promote documentary “52: The Search for the Loneliest Whale in the World,” for which he served as producer.

King pressed for details on the Doug Ellin-directed film.

“I don’t want to be a spoiler,” Grenier said, declining to share plot details.

King then asked if a second film was in the cards.

“I’ve seen a rough cut, and I’ve got to say, you’re going to like it,” he continued. “We did recognize that we had to step it up. It’s a bigger format. We wanted to expand the scope. Vince, my character, decides he wants to step it up and do something he’s never done before. The risks are larger and the reward is even greater.”

“Entourage” follows a fictional movie star Vincent Chase and the childhood friends in his employ as they navigate the earthly pleasures and stresses of show business.

Watch the clip below or here.