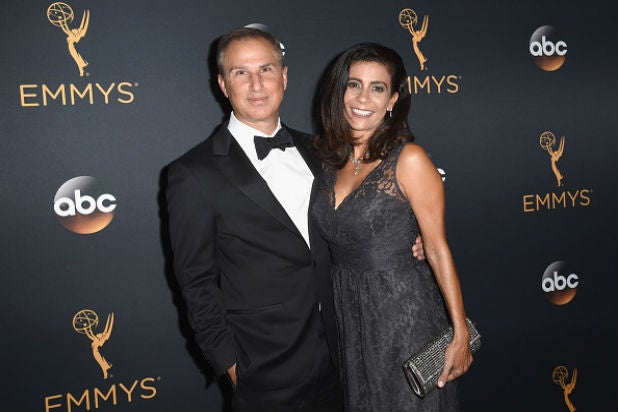 Paul Buccieri has been named the new president of A&E Studios and A&E Networks Portfolio Group, TheWrap has learned.

“The growth of A&E Studios is a major priority for us as content ownership and capabilities are vital for our future growth,” A&E Networks CEO Nancy Dubuc said. “With his wealth of experience successfully running ITV and the extraordinary business acumen he has displayed during his tenure at A&E, I am confident Paul will lead the team to new heights and drive strong results.”

Buccieri previously served as president of A&E Network and History. He served as chairman of ITV Studios U.S. Group and ITV Studios Global Entertainment for the U.K. media company, where he was responsible for building one of the largest independent content producers in the United States. He also led ITV’s international television distribution and consumer products business.

Buccieri replaces Robert DeBitetto, who stepped down as the A&E president after 14 years on Monday. DeBitetto will continue as president until the end of the year.

“Nancy has laid out an ambitious vision and growth plan for A&E Studios and I am grateful to her for trusting me to execute it,” Buccieri said. “I look forward to following in Bob’s esteemed footsteps and partnering with Barry Jossen and the entire studios’ team on building upon the extraordinary work they have already done.”

Prior to joining ITV, Buccieri was President of Programming, Production and Development at Fox Twentieth Television. Before that, he was an Executive Producer at Endemol, USA.