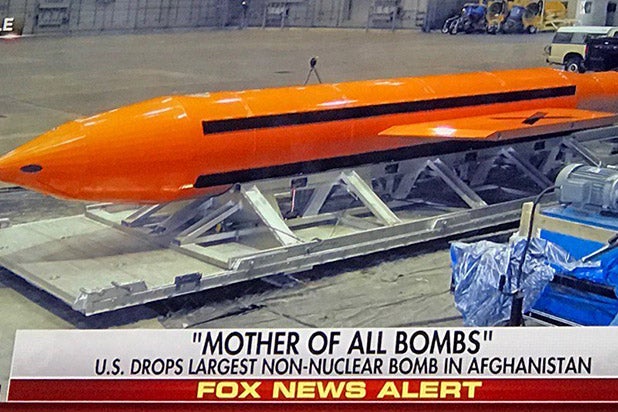 The massive bomb dropped on Afghanistan on Thursday by the U.S. military killed 36 ISIS soldiers but didn’t harm a single civilian, according to a statement by the Afghan Ministry of Defense that was released on Friday.

The GBU-43/B Massive Ordnance Air Blast Bomb — the most powerful non-nuclear bomb in the U.S. arsenal — is dubbed the “Mother of All Bombs.”

This week marked the first time that the MOAB, which was developed during the Iraq War, has been used in combat.

Also Read: Why Did the U.S. Just Bomb Afghanistan? The Race to Explain It

The U.S. estimates 600 to 800 ISIS fighters are present in Afghanistan, according to the Associated Press.

“I want a hundred times more bombings on this group,” Hakim Khan, 50, who lives near the site of the bombing told the AP.

ISIS has not publicly responded to the attack.