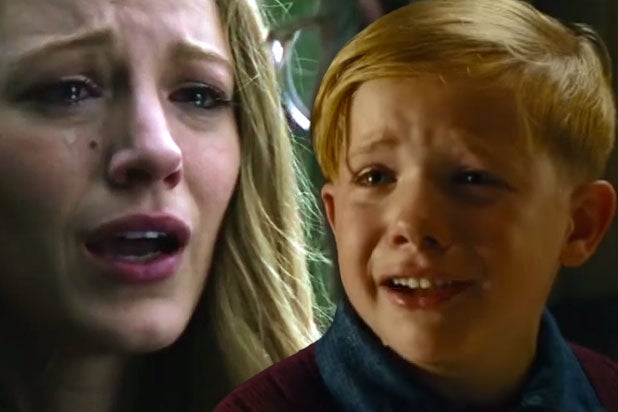 “Age of Adaline” and the faith-based “Little Boy” will test “Furious 7” at the box office this weekend, and it could very well be another victory lap for Universal’s hot car blockbuster.

The sci-fi tale “Ex Machina” from A24 is expanding and is a wild card, but if “Furious 7” keeps half of its audience from last weekend it will win its fourth consecutive weekend with around $15 million. Sony’s family comedy “Paul Blart: Mall Cop 2” is back for its second weekend and will be in the mix as well.

Lionsgate’s fantasy romance “Age of Adaline,” which stars Blake Lively as a young woman who doesn’t age, is looking at the mid-teen millions in debut. The Open Road Films drama “Little Boy,” the tale of a 7-year-old willing to do whatever it takes to get his father home from World War II, will take in less than that, so it will be a subdued weekend.

It is very much the calm before the storm, however. Disney and Marvel’s “Avengers: The Age of Ultron” will kick off the summer season next week, and is expected to challenge the $207 million opening weekend record set by the original “Avengers” in 2012.

A fast start isn’t critical for either “Age of Adaline” or “Little Boy,” both of which skew toward mature audiences and will depend on word of mouth to help them play against the summer super sequels.

“Age of Adaline” co-stars Harrison Ford and Ellen Burstyn, who will play a daughter meeting a younger version of her mother for the second straight film, on the heels of “Interstellar.” Lee Toland Krieger directed from a screenplay by J. Mills Goodloe and Savlador Paskowitz.

The reviews are pretty good (70 percent positive on Rotten Tomatoes), but its social media profile is negligible.

Also Read: 'The Age of Adaline' Review: Blake Lively Auditions for Another Vogue Cover in Gorgeous But Forgettable Romance

Lakeshore Entertainment and Sidney Kimmell Entertainment co-financed and co-produced for a modest $30 million. It will be in roughly 2,900 theaters for Lionsgate.

“Little Boy” stars Emma Watson, Tom Wilkinson, Jakob Skavali and Michael Rappoport and is directed by Alejandro Gome Monteverde, who co-wrote with Pepe Portillo. While it doesn’t have any A-listers, it does have Kevin James of “Blart” fame in a more nuanced role as a doctor.

Mark Burnett and Roma Downey executive produced the story of a young man (Skavali) with “faith the size of a mustard seed.”

It hasn’t been reviewed by critics but has received a good bit of exposure with Open Road mounting an aggressive grassroots campaign with groups representing the target demos, It has been well-received by Christian groups, American Association of Retired Persons screening crowds and a number of celebrities, including Tony Bennett, Eva Longoria and the singer Jewel, as well as the Mexican-American fans of the director and screenwriter.

Also Read: 9 Movies for Mature Audiences That Made a Difference

Leo Severino is the producer on “Little Boy,” which has a $20 million production budget and comes from Metanoia Films and Santa Fe Films. It will be in roughly 1,000 theaters.

A24 is taking it sexy cyborg sci-fi tale “Ex Machina” wide after two impressive weeks in limited release. It averaged nearly $6o,000 on four screens in its first week and more than $2o,000 on 39 last weekend.

The British import is up to $1.2 million domestically and is at more than $7 million overseas, thanks to strong run in the U.K. for Universal.