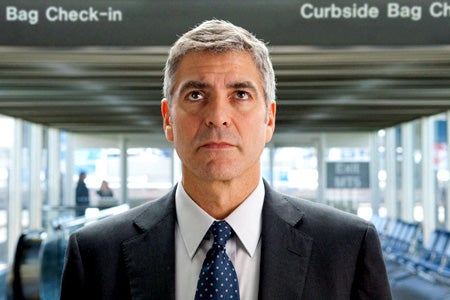 Walter Kirn, who wrote the book "Up in the Air," is up in arms over what he perceives as an Oscar snub: He wasn’t invited to the Academy Awards.

Kirn — whose 2001 book was adapted by Jason Reitman and co-writer Sheldon Turner into the George Clooney-led, Oscar-nominated feature — registered his complaints where most people do these days. On Twitter.

"Caution to writers: Don’t expect that because you write a novel that becomes an Oscar-nominated film that you’ll be invited to the Oscars," Kirn wrote. "Novelists are like oil in H’wood: they drill us, pipeline us, pump us and then burn us."

Paramount Pictures responded to Kirn, via the New York Post: "The Academy has a process that we are following and we are respectfully waiting for them to allocate additional tickets. Of course, Walter Kirn is on our wish list for seats, as are producers and executive producers of our film who do not have seats yet."