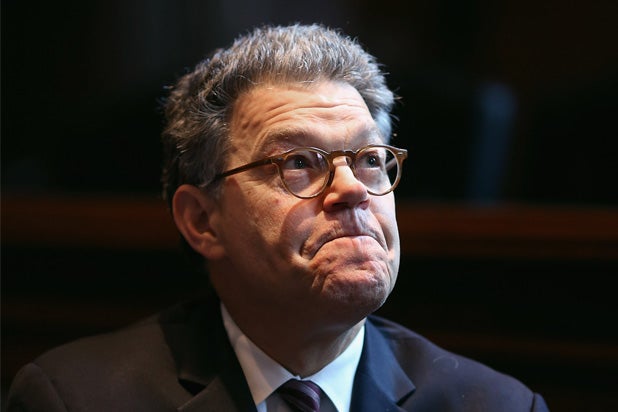 Minnesota Democrat Al Franken made his first public appearance on Thursday since his resignation over sexual harassment accusations.

While speaking to his supporters in Minneapolis, Franken said in a Facebook Live video: “I may be leaving the Senate but I’m not giving up my voice. We still have a lot of work to do together on issues ranging from net neutrality to climate change.”

The 66-year-old went on to choke up when talking about his wife of four decades, Franni Bryson. “Whatever it is that we do next we will do it together,” he continued. “While I can never thank her enough for her love and support, I am willing to spend the rest of my life trying, honey.”

The tearful speech marks one of his last before he officially steps down from office on Jan. 2.

“One of the hardest things about leaving this job will be not getting to work alongside you every day, but I cannot wait to see what you do next,” Franken pledged to his followers.

In the caption to the video posted to his own Facebook page, Franken wrote: “Working on behalf of the people of Minnesota has been the honor of my life and I could not have done this without the help of my family, friends, and supporters. Thank you.”

Also Read: Al Franken to Resign From US Senate

Franken resigned from the Senate on Dec. 7 after facing over a half-dozen allegations of sexual misconduct. The move came a day after he was denounced by more than a dozen of his Democratic Senate colleagues — including most of the Senate’s Democratic women.

“I am announcing that in the coming weeks I will be resigning as a member of the United States Senate,” he said in his resignation announcement, adding that an internal Senate investigation would make him unable to properly serve his constituents. “It’s become clear that I cannot both pursue the ethics committee process and remain an effective member.”