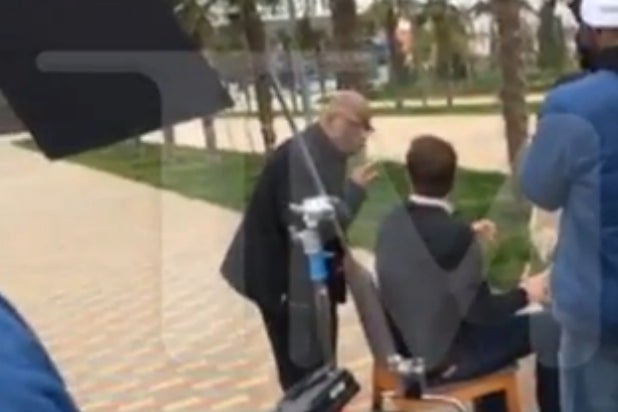 The “Today” show co-host Al Roker interrupted an interview Bush was conducting in order to school him over his place in the NBCUniversal family hierarchy.

“You are infotainment, nothing more, nothing less,” Roker said to Bush. “Do not elevate yourself.”

The crew surrounding the duo — and Bush himself — cracks up throughout most of the video, which appears to be a joke. Either way, the expletives and threats fly.

“Everybody in this fucking crew wants to say what I’m saying, but they don’t because they’re afraid,” Roker said while getting in Bush’s face. “They’re afraid to damage your fucking fragile ego. Alright? So stop it! And I’m gonna hound you … I’m gonna live on you like a tick until you stop this shit!”

Watch the clip, posted on TMZ: