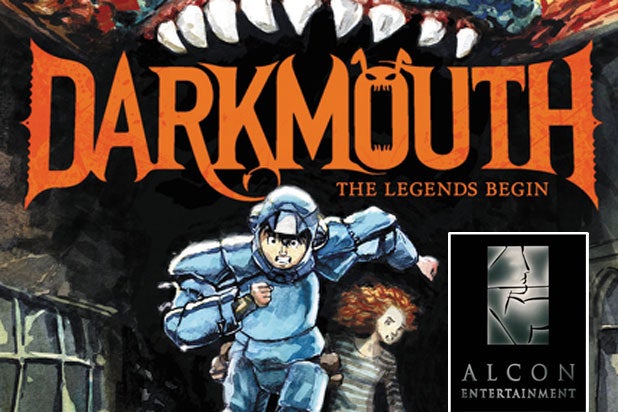 The books, penned by Irish author Shane Hegarty, focus on Earth’s last remaining town, which is constantly under attack by monsters (called “Legends”). HarperCollins Children’s Books is set to publish the series.

Finn, the 12-year-old protagonist, is son of the last remaining Legend Hunter. The story centers around him as he follows in his father’s footsteps and prepares for an epic battle, despite being one of the worst Legend Hunters in history.

“I’m thrilled that the film rights for “Darkmouth” are in such amazing hands and am very excited by the vision Kira, Simon, Andrew and Broderick have for the material,” Hegarty said in a statement. “It’s going to be a great adventure!”

Simon Brooks (“Love, Rosie”) of Canyon Creek Films and 8:38’s Kira Davis (“Prisoners”) brought the project to Alcon and will produce along with Kosove and Johnson. Jeannette Hill and Scott Parish negotiated the deal for Alcon Entertainment with Marianne Gunn O’Connor.

“We are excited to develop this highly sought after series for the big screen with Andrew and Broderick. Shane has created an enthralling, magical world with fascinating warm unforgettable characters and his stories lend themselves perfectly to a cinematic telling,” added Davis and Brooks.

HarperCollins Children’s Books, which acquired rights to the series after a hotly contested auction at Bologna Book Fair 2013, will publish the first novel, “Darkmouth #1: The Legends Begin,” in the United Kingdom, Ireland and Australia at the end of January, with U.S. editions coming in late April.

Alcon has helped produce several notable films, including “The Blind Side” (Sandra Bullock) and “The Book of Eli” (Denzel Washington). Its television division is currently producing a four-hour mini-series documentary for HBO about the life and times of Frank Sinatra and “The Expanse,” a space thriller for Syfy Network.