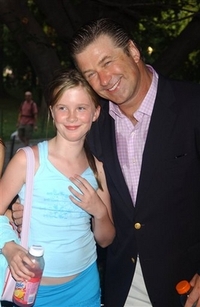 I tried hard to ignore the sordid affair of the leak into the public domain of Alec Baldwin’s private rant to his daughter on a phone message. Alas, reporters don’t always get to choose what is newsworthy. Here’s my take on the brave new world we’re now in, published in today’s Styles section: "Did anybody really want to hear Alec Baldwin call his 11-year-old daughter a “thoughtless little pig,” an ugly, private moment now shared with the rest of the world?

It doesn’t matter. Prepare for the next frontier in high-impact celebrity shenanigans: you-are-there depictions of divorce fights, drunken brawls, on-the-set tirades, slips of the tongue, flings of the wineglass and flings of the other kind, too. The digital age has thrown down the gauntlet to all who might wield something as innocuous as a cellphone and let the world see for itself. You record. And you decide. (continued)