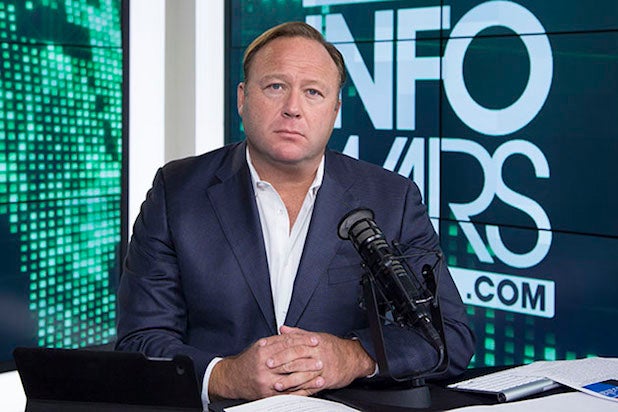 Alex Jones is being accused of destroying evidence helpful to the lawsuit against him, says the father of a child killed during the Sandy Hook massacre.

“Plaintiff moves for sanctions against Defendants for the willful destruction of relevant evidence,” read the motion filed by Neil Heslin in a Texas court on Friday. Heslin was the father of 6-year-old Jesse, who was one of 19 children and six adults killed when a gunman went on a rampage at Sandy Hook Elementary School in Newtown, Connecticut, on December 14, 2012.

“These materials were unquestionably relevant to Plaintiff’s claim, and InfoWars had written notice of the obligation to preserve this evidence,” the motion continues. “InfoWars’ willful deletion of evidence merits punitive and remedial sanctions, including an adverse inference by the fact-finder regarding the content of the deleted materials.”

The motion contends that Jones “intentionally deleted” several social media pages and video content relating to the massacre, which the InfoWars host has repeatedly suggested did not happen, was “completely fake” and “manufactured.” The motion said the deletions came after CNN’s Oliver Darcy flagged the content in his own recent story about InfoWars Twitter footprint.

The news was first reported by the New York Times. Jones did not immediately respond to request for comment from TheWrap.

The defamation suit from Heslin is one of several lawsuits currently underway against Jones and InfoWars from Sandy Hook families and others who say he has attacked or spread false information about over the years.