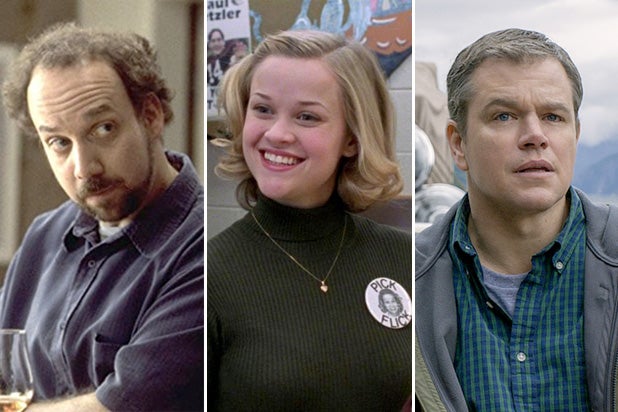 In the two decades since “Citizen Ruth,” director Alexander Payne has lampooned both sides of the abortion fight, male entitlement, Type-A priggishness, Midwestern pithiness, sex-obsessed grandmas, and now, with “Downsizing,” the great lengths we’ll go to stay alive as a species. The Nebraskan auteur is also known, of course, for the breakthrough performances he elicits, many from little-known actors, as well as the poignant portraits of the many ways life lets us down. So where does a relatively silly effort like “Downsizing” fall in the ranks of his filmography? The sunnily depressive “Sideways”? The still-argued-about “Election”? Click through to find out. 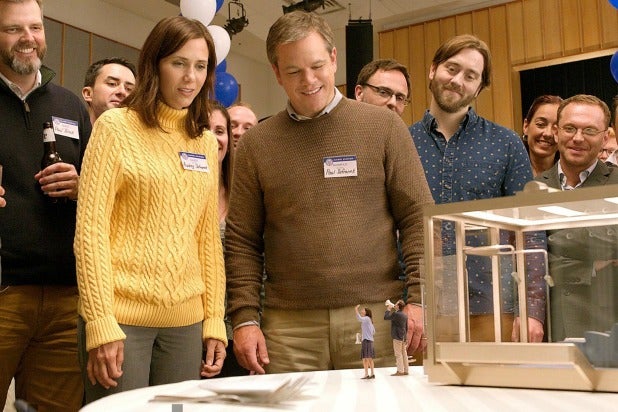 Paramount
7. “Downsizing” (2017)      Payne’s first foray into sci-fi starts off as goofy fun, with ambitious send-ups of our myopia regarding climate change and the American Dream. But this Matt Damon comedy about shrinking our way toward species survival segues disastrously into a “saintly person of color teaching a white man how to appreciate what he’s got” plot. Hilarious newcomer Hong Chau deserves her Golden Globe nod, but her character’s such a stereotype you won’t know whether to laugh or cringe during her scenes. 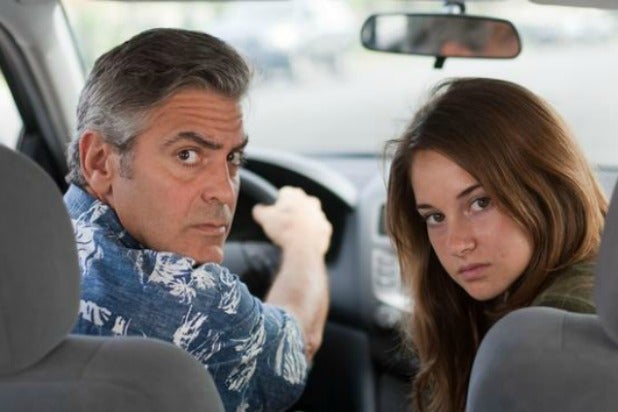 Fox Searchlight
6. “The Descendants” (2011)       This postcard-perfect George Clooney drama about a haole man dealing with his adulterous wife’s death is excellent at what it is; it just isn’t very much. Perhaps best known for launching Shailene Woodley’s career (the actress plays Clooney’s rebellious daughter), “The Descendants” asks us to invest in several unsympathetic premises: a dad’s cluelessness about how to parent, a well-to-do lawyer’s impending decisions about his enormous inheritance, and a white man’s sense of responsibility toward land that his ancestors usurped from native Hawaiians. Tailor-made for rich dudes with a strong sense of white guilt, I guess, but irritatingly tone-deaf to the rest of us. 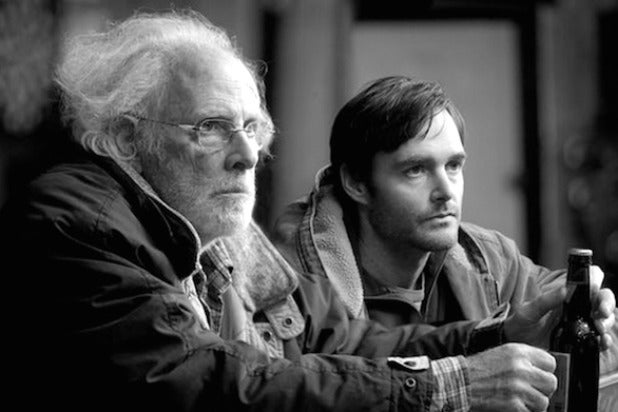 Paramount Vantage
5. “Nebraska” (2013)      Moviegoers expecting to find in the black-and-white “Nebraska” a love letter to Payne’s native state will find instead a bemused parody of the same in this father-and-son road-trip drama. Star Will Forte’s weedy performance and June Squibb’s foul-mouthed granny drag the film down, but this story of a middle-aged son’s efforts to get to know his distant, unsentimental, and possibly dementia-ridden father while the latter is consumed with “winning” a million dollars in a sweepstakes proves deeply moving. 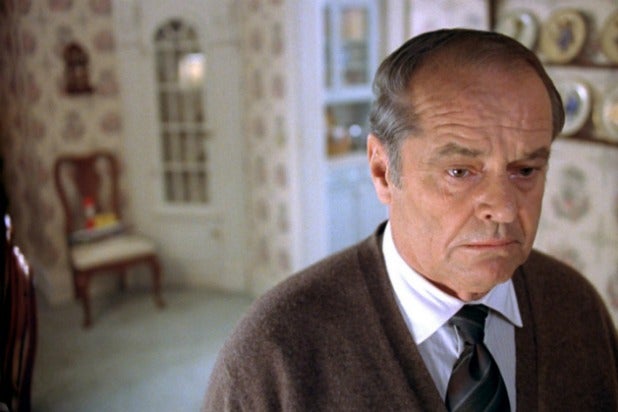 New Line
4. “About Schmidt” (2002)      It’s difficult to get over this Jack Nicholson retirement dramedy’s disgust of older women (played by June Squibb and a thoroughly humiliated Kathy Bates). But the rest of this flirting-with-bleakness "comedy" is an observant and achingly melancholy tale of a lonely and angry 67-year-old who gradually realizes that he has built nothing substantial in his time on Earth. The happy-ish ending isn’t quite earned, but “About Schmidt” is so convincing about the modern American family as an unreliable source of love and comfort that it’s easily forgivable; the film would just be too nihilistic otherwise. 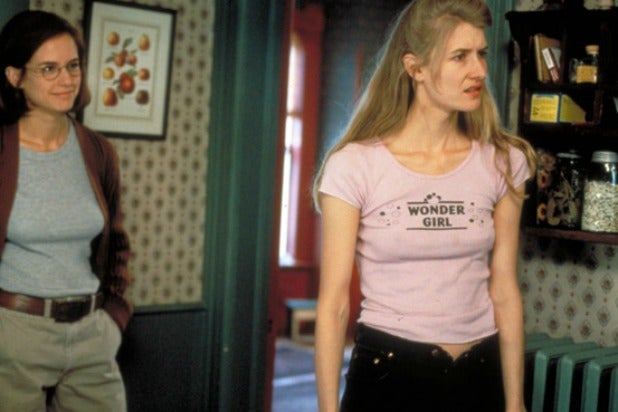 Miramax
3. “Citizen Ruth” (1996)      Some comedies have an expiration date, and that just might be the case for Payne’s feature debut. Long regarded a masterpiece of social satire, “Citizen Ruth” puts its highly unsympathetic protagonist (Laura Dern’s pregnant, solvent-sniffing junkie) in the middle of religious anti-abortion extremists and fanatical pro-choice activists. The “both sides are bad” false equivalence hasn’t aged well (nor has the caricature of feminists as moon-worshipping lesbians), but the rest of the film is still laugh-out-loud funny and structurally sound, while Dern demonstrates once again that she’s one of the best actresses of her generation. 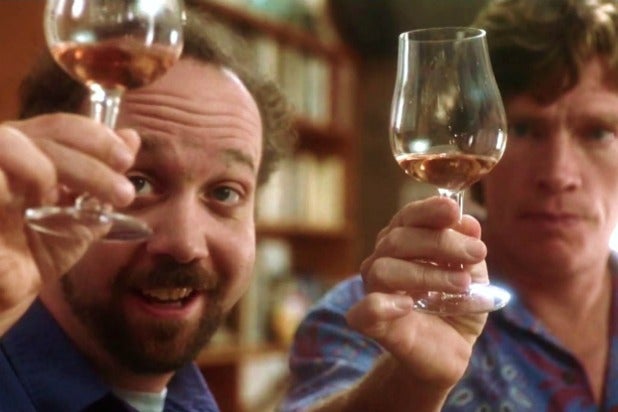 Fox Searchlight
2. “Sideways” (2004)      Be honest: You stopped ordering merlot for a while after “Sideways” too, right? This wine-country road-trip movie not only predated the current foodie fad, but it also dives compellingly into the midlife crises of two former college roommates (Paul Giamatti and Thomas Hayden Church). Giamatti’s character never quite deserves his sexy-smart-sad love interest (Virginia Madsen), but Payne’s depiction of a lonely man taking stock of how little he’s accomplished while intellectualizing his alcoholism is, er, gimlet-eyed and affecting. (And don’t worry about merlot: Thirteen years after the film’s release, the market for that grape’s finally bounced back.) 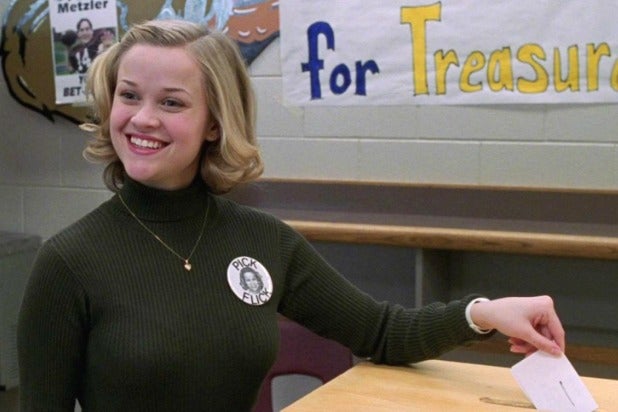 Paramount
1. “Election” (1999)      It’s telling that the name we most remember from this masterful dark comedy is Tracy Flick, and not just because Reese Witherspoon has taken over Hollywood. The Tom Perrotta adaptation utilizes some of Payne’s recurring motifs -- unreliable narrators, the skewering of narcissistic beta-men who believe they’re entitled to more, the ugliness and sexual repression under the surface of Middle America -- to maximum satirical effect. A recent cultural re-evaluation of “Election” underscores just how pathetic Matthew Broderick’s teacher with a grudge against his most ambitious student is, and the ways that he lashes out at Tracy and ultimately undoes his life as a result feels like a prescient look at how quickly white male resentment can turn into a self-destructive poison.
x
Looks like you're enjoying reading