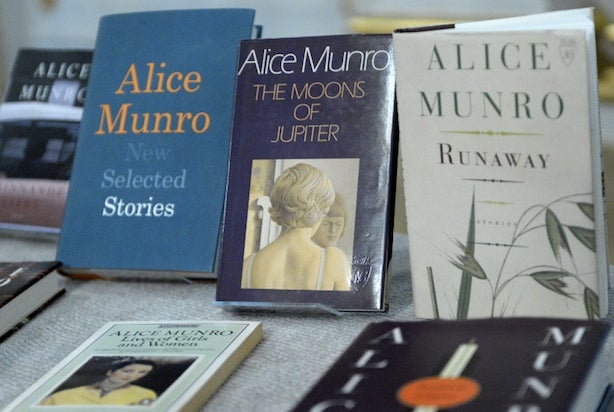 Alice Munro, the Canadian author of lyrical short stories, will be awarded the 2013 Nobel Prize in Literature.

Her prominence in Western literary culture is a break with tradition for the Nobel committee, which in recent years has picked authors like Mo Yan and Mario Vargas Llosa, who despite their talent, were somewhat obscure before being honored.

Munro’s work frequently appears in publications like the New Yorker and the Atlantic. Her story “The Bear Came Over the Mountain” was adapted for the screen by Sarah Polley as the 2006 award-winning film “Away From Her.”

Her work includes “Open Secrets” (1994), “The View from Castle Rock” (2006) and “Runaway” (2004), and she has won the National Book Critics Circle Award and the O. Henry Award. Her stories are frequently set in small towns in her native Canada and are focused on the emotional lives of characters.

In awarding the prize, the committee hailed Munro as the “master of the contemporary short story.” She will receive a monetary prize worth more than $1 million.

The honor comes as the 82-year old Munro is dialing down her professional writing career. She previously announced that this year’s “Dear Life” will be her final collection of stories.