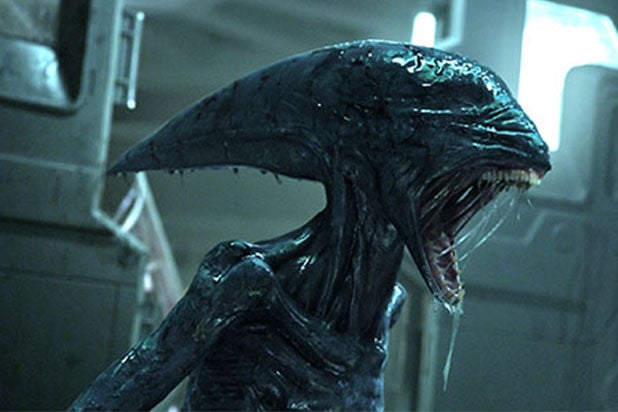 Production recently began on Ridley Scott‘s “Alien: Covenant” and there’s a first picture to prove it.

While it doesn’t show Michael Fassbender reprising his role from “Prometheus,” the image reveals a patch bearing the mark of the Weyland-Yutani Corporation. It looks to be a crew badge from the Covenant, the title ship in the movie.

Bound for a remote planet on the far side of the galaxy, the crew members of the colony ship Covenant discover what they think is an uncharted paradise, but is actually a dark, dangerous world — whose sole inhabitant is the “synthetic” David (Fassbender), survivor of the doomed Prometheus expedition.

20th Century Fox plans to release the film on August 4 of next year.