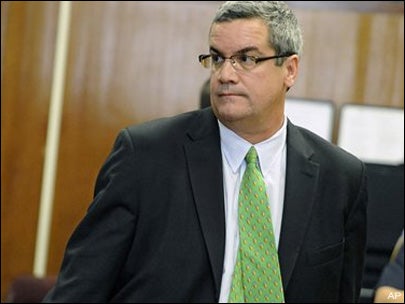 Robert Halderman will stand trial on charges that allege he tried to extort money from David Letterman — charges that could net the CBS news producer 15 years in prison — after  New York state supreme court justice Charles Solomon rejected his appeal to dismiss.

Last October, the talk-show host made TV history of sorts by admitting he’d slept around with subordinate staff members — and had been repaid for his friskyness by Halderman’s attempts to blackmail him.

Specifically, Letterman said that Halderman demanded $2 million for his silence — the cover for the extortion transaction being the purchase by Letterman of a Halderman-penned screenplay.

Halderman will be back in court March 9 for a pre-trial hearing.