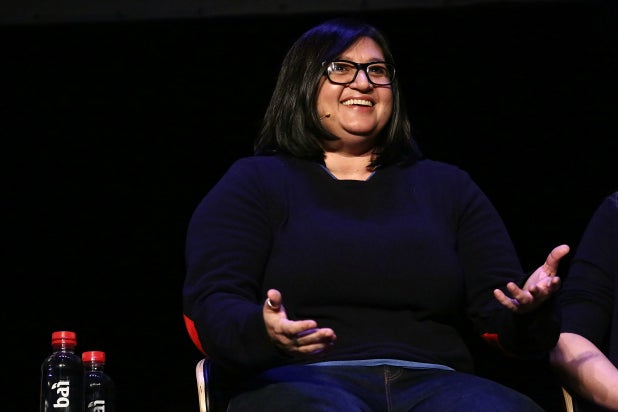 Netflix announced on Wednesday it is committing to filmmaker Nahnatchka Khan, signing the “Always Be My Maybe” director to a multi-year first-look feature deal.

Khan, the creator and executive producer of ABC’s “Fresh Off the Boat,” made her feature film directorial debut with the Netflix romantic comedy “Always Be My Maybe,” starring Ali Wong and Randall Park — both of whom also wrote the script with Michael Golamco.

“I had such an amazing experience working with [Netflix Head of Film Scott Stuber], [Netflix Original Studio Film Director Racheline Benveniste] and the entire team at Netflix — not only are they dedicated to making quality comedy, but also to supporting different voices and perspectives,” Khan said in a statement. “Plus my dad just got Netflix so he could watch my movie and he’s expecting more content from me.”

“Always Be My Maybe,” which puts Wong and Park at the center of a decades-spanning charming love story, received wide critical acclaim. The film, according to Netflix, was watched by 32 million households in its first four weeks.

Khan is the creator and executive producer of the television show “Fresh Off the Boat,” which is currently shooting its sixth season.

Prior to “Fresh Off the Boat,” which, in its sixth season, stars Park and “Crazy Rich Asians” actress Constance Wu, Khan was the creator and executive producer of “Don’t Trust the B—- In Apartment 23.” That show aired for two seasons on ABC, from 2012-2013.

“Nahnatchka is a whip-smart, funny, talented filmmaker,” Scott Stuber said. “She has an incredible eye for storytelling and bringing to light new talent and ideas. We’re thrilled to be the home to more of her films.”

Khan is represented by WME and attorney Marc Rindner.