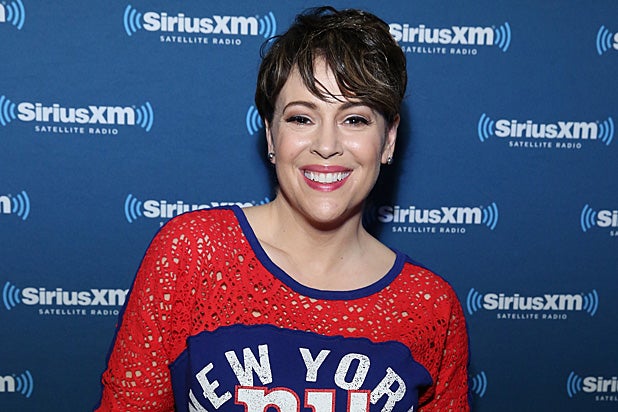 Alyssa Milano has joined the board of directors for ACE Media (Athlete Content & Entertainment), an original content development and production company that works directly with the NFL Players Association. Milano will play a primary role on the ACE Media board, participating in the company’s strategic development and major decision-making while helping to navigate a wide array of athlete-driven content projects and initiatives, according to a statement from the company.

“I am very excited to embark on this new partnership with ACE Media, which provides a perfect outlet to combine my passion for sports with my many years of experience in the entertainment industry,” the “Charmed” actress said. “Sports stars are not only great athletes, but also entertainers, and I’m looking forward to advancing ACE Media’s vision and bringing vibrant new content to multiple platforms.”

“Alyssa joining the ACE Media board comes at a critical time in our growth. With hundreds of unique projects featuring almost 400 athletes last year, we’re focused on expanding even further,” Ahmad Nassar, President, NFLPA, and ACE Media Chairman of the Board, said. “Alyssa is the very best board member out there, with a unique track record bridging sports and entertainment. She’s going to help us develop even more great opportunities for athletes, programmers, publishers, brands and leagues to create content across all sports and media.”

“Alyssa is an absolute force of creativity and a terrific person, whose vast knowledge of the entertainment industry and passion for storytelling will greatly benefit ACE Media and athletes around the world,” Scott Langerman, ACE Media CEO and Board Member, added.

Helping active and retired NFL players secure entertainment opportunities both during and after their athletic careers, so fans can get to know them beyond game highlights and fantasy football stats. Among those NFL stars catapulted onto primetime is Kansas City Chiefs Pro Bowl Tight End Travis Kelce, who stars on his own E! dating show, “Catching Kelce.”

“This is really an incredible opportunity for every player,” he said. “To have someone with experience navigating Hollywood, and leveraging its crossover appeal with sports and business, is a tremendous asset for the NFLPA and ACE Media. What Alyssa Milano will bring to the table will help each and every one of us in showcasing our personalities beyond the field – and across different kinds of media.”

Along being a diehard L.A. Dodgers, L.A. Kings and New York Giants follower, Milano also has her own brand of fan apparel for women called Touch.