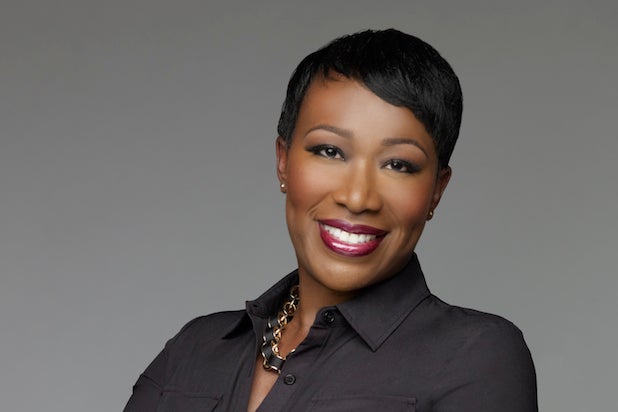 MSNBC anchor Joy Reid achieved a major milestone to start the year, overtaking her Saturday rivals at CNN in the quarterly ratings for the first time since her show launched on May 7, 2016.

It is actually the first time MSNBC has beaten CNN on Saturdays from 10 a.m.-noon ET in the key 25-54 demo in almost 16 years. On Saturday mornings, the overall “AM Joy” audience has jumped a whopping 33 percent from the comparable quarter last year. The MSNBC show is up 27 percent in the key demo on Saturdays, quarter-to-date.

Fox News remained the overall winner Saturday and Sunday from 10-12 in both total viewers and demo ratings.

The battle for second place also showed signs of tightening on Sunday, with Reid overtaking CNN in total viewers, but still falling short in the demo. Before this, MSNBC hadn’t averaged a larger overall audience than CNN in the Sunday time slot since the second quarter of 2001 — yeah, that’s an even longer drought snapped.

The data suggests MSNBC has the wind at their back. The double digits weekend increases for Reid come as both Fox and CNN saw similarly stark downturns for the same time slot. CNN has suffered the harsher losses of the two.

Beyond these Nielsen numbers, the ratings currency company’s social stats tell a similar story. Just check your Top United States Twitter Trends in the late morning this weekend: “AM Joy” will be among them.

Riding a wave of partisan opinion coverage, MSNBC has increasingly established itself as the liberal answer to Fox News and Reid’s profile on the network has only grown with her ratings.

In recent months, she has been increasingly willing to stand up to Fox directly, telling TheWrap just last week that the Fox News deliberately aimed to distort coverage of Black Lives Matter in order to portray protesters are villains for their audience.