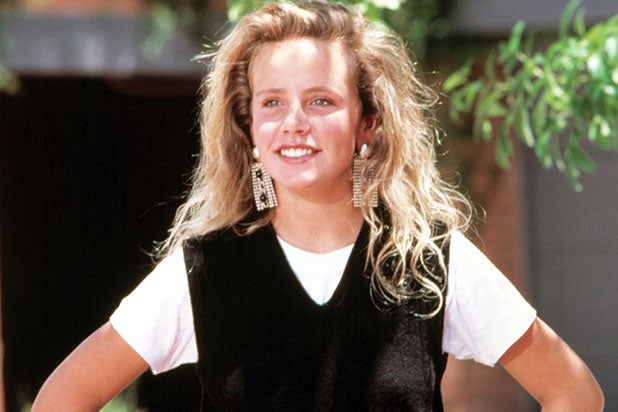 Sarah Michelle Gellar, Lance Bass and Scott Foley are among the Hollywood stars who have taken to Twitter to express their condolences for Amanda Peterson, the 43-year-old actress who was found dead in her Colorado home on Sunday.

Peterson is best known for starring as Cindy Mancini alongside Patrick Dempsey in the 1987 film, “Can’t Buy Me Love.” Dempsey’s character pays Mancini, a cheerleader, to pose as his girlfriend so he could climb the social ladder at his Arizona high school.

Gellar, an actress best known for playing “Buffy the Vampire Slayer” for seven seasons, said she “used to want to be” Peterson when she was growing up.

Peterson’s cause of death was not immediately known. But Peterson had been missing since July 3, and her father speculated about preexisting medical conditions as possible factors in her death.

Take a look at Hollywood’s heartfelt reactions to Peterson’s death below.

When I was younger, I used to want to be #AmandaPeterson. I even asked my mom for a white leather fringe jacket #RipAmandaPeterson

RIP Amanda Peterson. The teen in me is heartbroken.

@YahooMovies @TheWrap this is tragic… I had the biggest crush on her when that movie came out. RIP Amanda Peterson.

One of my first crushes ever died today. She was young, talented and beautiful. RIP #AmandaPeterson…thank you for the beautiful dreams. — Will Friedle (@willfriedle) July 6, 2015

Rest in Peace my dear old friend. Amanda Peterson. I loved you. pic.twitter.com/0oZj8xvaGg

So sad to hear about Amanda Peterson’s death. She was one of my first crushes. God bless ya lady. #CantBuyMeLove pic.twitter.com/6OZVJ4GRPk