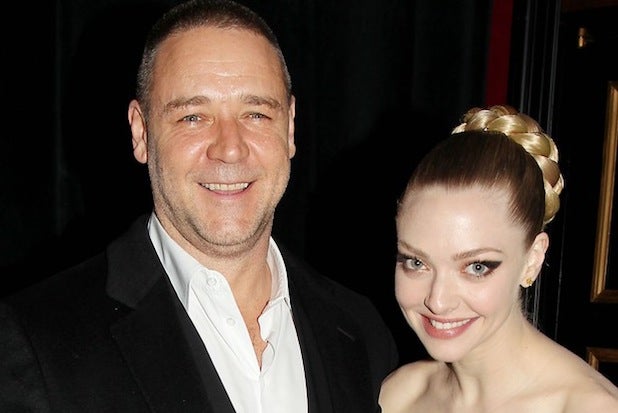 Gabriele Muccino will direct from a Black List script by Brad Desch.

The movie is a love story between a father and daughter living in New York City 25 years apart. Crowe will play a famous novelist and widower who struggles with mental illness as he tries to raise his five year-old daughter Katie (Seyfried). The story will move back and forth between the 1980s and Katie’s life in present-day Manhattan where she battles the demons that stem from her troubled childhood.

Craig J. Flores and Nicolas Chartier of Voltage Productions will produce with Busted Shark’s Sherryl Clark, who developed the script with Desch. Crowe and Keith Rodger will executive produce via their Fear of God banner along with Romilda De Luca. Andrea Leone Films will co-produce and handle Italian distribution rights.

Voltage Pictures is handling foreign sales and will be selling “Fathers and Daughters” at the American Film Market. The film is currently scheduled to start pre-production in December. Voltage’s Babacar Diene is the production executive on the movie.

Seyfried recently starred in “Lovelace” and will next be seen in Seth MacFarlane’s western comedy “A Million Ways to Die in the West” alongside Liam Neeson and Charlize Theron. She’s repped by Innovative Artists.