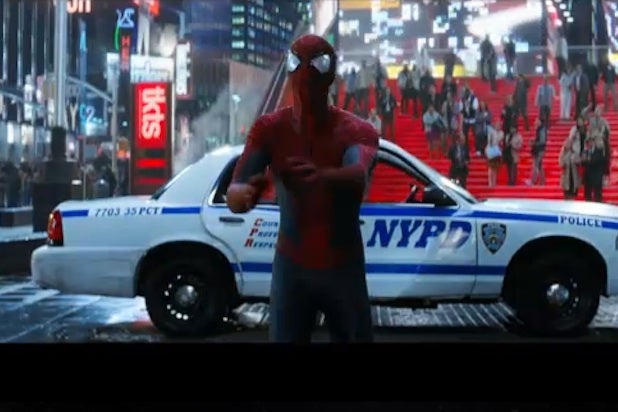 “The Amazing Spider-Man 2” spun $47 million in its international debut, led by a whopping $15 million from the U.K. and Ireland.

Sony’s Marvel superhero sequel, starring Andrew Garfield and Emma Stone, opens in the United States on May 2. The opening, in 14 foreign markets, was comparable to that of “The Amazing Spider-Man” and “Captain America: The Winter Soldier,” Sony said Sunday.

The stakes for Sony are high on “The Amazing Spider-Man 2,” and not just because of its $200 million budget. The studio is banking heavily on Peter Parker and his pals to power a superhero series that will generate potential blockbusters for years, as Marvel has for Disney, and DC Comics heroes Batman and Superman have for Warner Bros.

It has already slotted the next two movies in the series, with “The Amazing Spider-Man 3” set for June 2016 and the fourth installment scheduled for May of 2018. And it is developing at least two sequels — “Sinister Six” and “Venom” — populated with Spidey villains and other characters from the web-slinger’s world.

Marc Webb returns as the director for “The Amazing Spider-Man” sequel, which has a script from Roberto Orci and Alex Kurtzman. In addition to Garfield and Stone, the cast includes Jamie Foxx, Paul Giamatti and Dane DeHaan as baddies Electro, The Rhino and The Green Goblin, respectively.