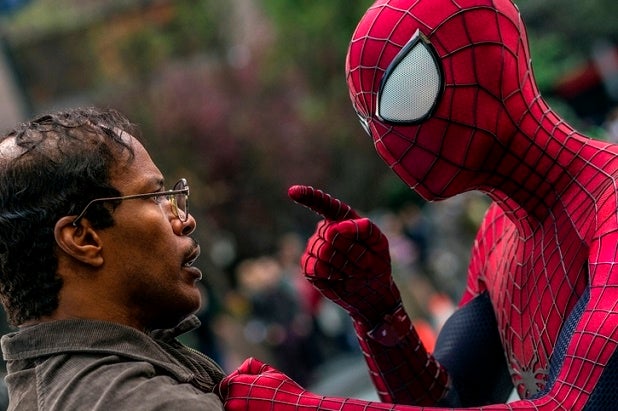 Next week, you shouldn’t have any trouble finding a theater showing “The Amazing Spider-Man 2.”

Sony said Thursday that it would roll out its Marvel superhero sequel in more than 4,000 theaters nationwide on Friday, May 2.

That’s saturation-level and the biggest opening of any film this year — but not a record. The widest domestic release ever was for “The Twilight Saga: Eclipse,” which Summit Entertainment debuted in 4,468 theaters in June 2010.  “The Amazing Spider-Man” opened in 4,318 theaters in July of 2012.

“Amazing Spider-Man 2” rolled out in roughly 15 markets last weekend and brought in $47 million. It opens in nearly 25 more territories this weekend, including Russia, Korea and Japan.