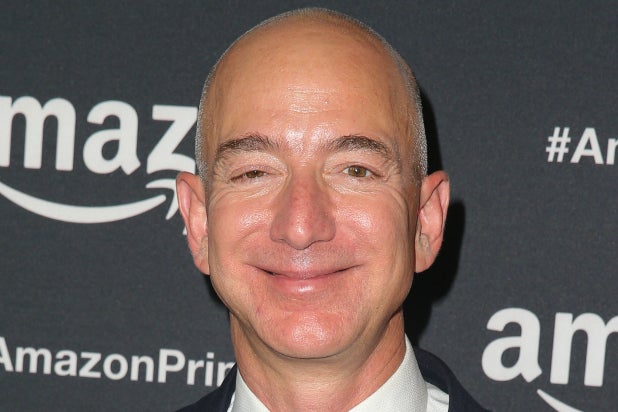 With Amazon’s stock jumping more than 1.5 percent Thursday morning, Bezos’ net worth swelled to $90.6 billion — pushing past Gates and his paltry $90 billion fortune.

Since Bezos owns about 17 percent of all AMZN shares, it’s been an especially good year for him, with the company gaining more than 40 percent on the stock market as it pushed past the $1,000 threshold. Heading into its Q2 earnings on Thursday, Amazon was at about $1,071 a share.

Amazon — the e-commerce monolith that has transformed from an online hub for cheap books into — has continued to diversify its company in recent years.

It’s now an entertainment powerhouse, with Amazon Studios churning out popular and critically acclaimed shows like “Transparent” and “Mozart in the Jungle.”

The Seattle-based company is also preparing to roll out drone delivery for its shipments and announced plans to acquire organic grocer Whole Foods in June.

Bezos could see his worth continue to balloon if Amazon reports another stellar quarterly report after the trading bell on Thursday.

Also Read: Amazon to Take on Facebook, Snapchat With Its Own Messaging App

Gates, for his part, has become synonymous with “rich” in the past few decades, holding the world’s richest person belt for 18 of the last 23 years.

Microsoft, the software company he started in 1975 as a Harvard dropout, continues to line his pockets; he owns nearly 2.5 percent of its shares, and with the company hitting new all-time highs last week, has more than $14 billion from his shares alone.