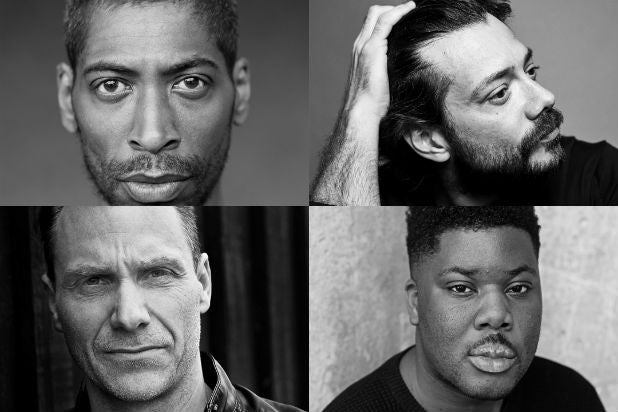 Alvaro Morte will play “Logain Ablar,” who in the books is a male channeler and member of the Black Tower. Hammed Animashaun will portray “Loial,” an Ogier (a race of gentle, intellectual giants) seeking adventure and knowledge. Meanwhile, Alexandre Willaume will play “Thom Merrilin,” a gleeman (AKA a traveling entertainer) with a mysterious past. And Johann Myers will portray “Padan Fain,” a peddler who may be well more than he is letting on.

They join previously announced cast members Madeleine Madden as “Egwene Al’Vere,” Marcus Rutherford as “Perrin Aybara,” Barney Harris as “Mat Cauthon,” Zoë Robins as “Nynaeve,” and Josha Stradowski as “Rand Al’Thor.” Pike will play the series’ central character, Moiraine, a member of the powerful all-female organization called the Aes Sedai, who “embarks on a dangerous, world-spanning journey with five young men and women, one of whom is prophesied to be the Dragon Reborn, who will either save or destroy humanity.”

Ordered to series in 2018 as an Amazon Studios-Sony Pictures Television co-production, “Wheel of Time” is being adapted for television by “Agents of S.H.I.E.L.D.’s” Rafe Judkins, who will serve as executive producer and showrunner.

“The Wheel of Time” is a series of 14 novels that began with “The Eye of the Universe” in 1990 and concluded with “A Memory of Light,” which was finished by Brandon Sanderson following Jordan’s death in 2007. A number of attempts have been made to adapt the books for film or television, though none have made it to screen in any meaningful way. FXX quietly aired a pilot, titled “Winter’s Dragon,” as recently as early 2015, but did so without any publicity or build up and allowed the project to fade into obscurity.